JOHOR BARU - From teaching Mandarin to her non-Chinese colleagues and neighbours a decade ago at her house in Taman Scientex, Pasir Gudang, Azlen Sugito now has five centres in Johor, Melaka and Selangor.

Azlen said she has helped thousands of students, mainly Malays, Indians and people from Sabah and Sarawak, converse in Mandarin. 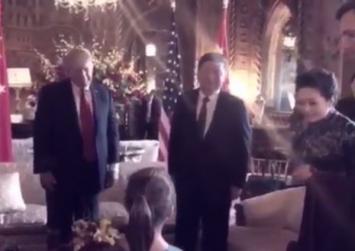 The former student of SJK(C) Masai had worked for a Taiwan-based manufactu­ring company in Pasir Gudang for five years after completing Form 5.

"My Malay and Indian friends suggested that I teach them Mandarin after office hours, and that was how I started."

She attended a two-week Mandarin language course at Ideal Mandarin School in Beijing, and sat for an examination.

All the 10 Mandarin tutors at her language centres are Malays with Chinese-education background.

"Teaching adults Mandarin is rather challenging as they need to memorise and practise the language, but I'm glad most of my students can converse quite well."

Azlen's two sons, aged seven and 10, and two nephews are also following in her footsteps. They are students of SJK(C) Chee Tong in Kota Puteri Masai.

"My husband doesn't speak Mandarin, and whenever we speak the language at home or in the car and laugh together, he'll say we are gossiping about him."

IT analyst Ida Abdullah, 35, who enrolled at the Bandar Baru Uda centre in November 2015, said learning the language has been useful.

"I'm now able to converse and understand simple Mandarin with my colleagues and clients and when shopping."

Ida added that the non-Chinese have to start learning Mandarin as it is the second most spoken language in the world as China is a global economic powerhouse.