Former Malaysian prime minister Najib Razak’s highly anticipated final appeal of a conviction in one of the cases linking him with the 1MDB financial scandal could be delayed after his newly appointed lawyers sought a postponement of the hearing.

Muhammad Shafee Abdullah, Najib’s high-profile defence lawyer, on Tuesday (July 26) morning filed an urgent notice on the politician’s wish to appoint Suffian TH Liew and Partners to represent him in the hearing before the Federal Court from Aug 15 to 26.

Najib’s defence counsel in the case will now be Hisyam Teh Pok Teik, one of the country’s high-flying criminal lawyers.

Hisyam previously represented Doan Thi Huong, one of the two women who were accused of assassinating Kim Jong-nam, the half-brother of North Korean leader Kim Jong-un.

The change of lawyers came after the Federal Court denied the ex-leader’s request for Queen’s Counsel Jonathan Laidlow to represent him in the hearing, noting that the Briton did not possess special qualifications and experience that were unavailable among local lawyers.

Shafee’s Shafee and Co will continue to represent Najib in other pending legal proceedings.

“Datuk Seri Najib wishes to express his support and appreciation to his entire legal team for their continuing commitment and effort in ensuring he is given a fair trial,” Shafee and Co said in a statement on behalf of Najib.

Tuesday’s developments sparked a flurry of comments on social media, with some suggesting it was the latest act by Najib to seek a postponement of the hearing.

Read Also
As Malaysia's parliament resumes, will it be Najib Razak's last meeting? 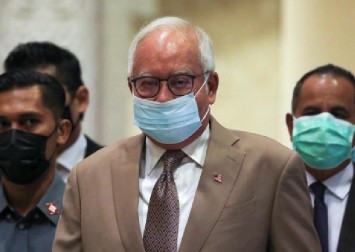 The case before the apex court will be closely watched as it is Najib’s last chance to escape becoming the country’s first prime minister to be imprisoned.

Observers had previously suggested the 69-year-old leader had been seeking ways to delay the proceedings until after a general election is called some this year.

Thereafter, speculation is that Najib could obtain a full royal pardon with the backing of a new administration and prime minister loyal to him.

Najib in 2020 was sentenced to 12 years in jail and a fine over seven charges in relation to the misappropriation of 42 million ringgit (S$13 million) from SRC International, a now-defunct subsidiary of the 1MDB state fund from where billions of dollars were plundered.

The case was later heard by the Court of Appeal – the country’s second highest court – and the judges on that panel rejected Najib’s call to be exonerated.

His current lawyer Shafee, who is closely linked to the powerful United Malays National Organisation (Umno) that Najib is part of, has stood by the ex-leader throughout his legal ordeal. Shafee himself is facing separate money laundering charges.

Read Also
Why is a Malaysian judge who convicted Najib being investigated for corruption? 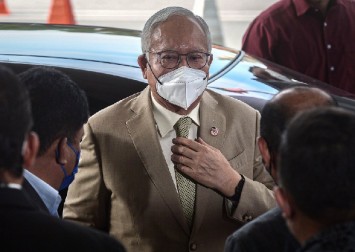 Despite the new arrangement, lawyer Farhan Shafee – Shafee Abdullah’s son – said that this change in counsel only affects the SRC International hearing at the Federal Court and that they are still representing Najib in his other court cases.

On social media, some commenters recalled the multiple delays in some of Najib’s court cases. In 2019, Shafee sought a delay after claiming he was bitten by his dog.

“My pet dog jumped on me. I am now in pain and I need to seek immediate medical attention later through an X-ray scan,” he told the court.

Najib faces four other trials linking him to the 1MDB scandal. If convicted in each of these cases, he faces the prospect of his life in prison.

The veteran politician has said he had been misled by various parties including the fugitive Malaysian businessman Jho Low, who is widely seen as the mastermind of the theft.

The three-judge Court of Appeal in Dec upheld the initial High Court conviction, saying Najib’s activities linked to SRC International were not in the “national interest” as claimed by the former prime minister, but represented a “national embarrassment”.