The trial of four men charged with murder over the July 2014 downing of Malaysia Airlines flight MH17 began on Monday in The Hague. The defendants did not show up in court but the sombre proceedings were watched by family members of the 298 victims who perished when the plane was shot down over eastern Ukraine.

"As you can see, none of the four defendants has complied with the summons by the Public Prosecution Service to appear in court today," said public prosecutor Ward Ferdinandusse said.

After the judges ruled that the trial would proceed in the absence of the defendants, head judge Hendrik Steenhuis described the "tragic loss of human lives from all around the world" in the "atrocious disaster".

Silence descended on the court as the victims' names were read out. Some relatives listened with bowed heads, many with their eyes closed.

"The court realises the impact of the loss of so many lives and the manner in which they so abruptly ended is barely conceivable," Steenhuis said.

MH17 was bound for Kuala Lumpur when it took off from Amsterdam's Schiphol Airport, not far from the court. Instead of completing its journey, it was torn apart by a Russian-made missile.

"In our view, in the past five-and-a-half years, the investigation has produced so much evidence that this court can produce a well-founded judgment even without input from the defendants," prosecutor Ferdinandusse said.

The maximum sentence under Dutch law is life imprisonment.

They allege that even though the four defendants did not fire the missile that brought down MH17, they were instrumental in bringing the BUK missile system to Ukraine from its original base in Russia.

Separate to proceedings in The Hague, aviation lawyer Jerry Skinner will represent the families of 11 Malaysian Airlines crew members and 40 Australian families - a total of 381 people - in a civil suit naming the Russian Federation and President Vladimir Putin as defendants. 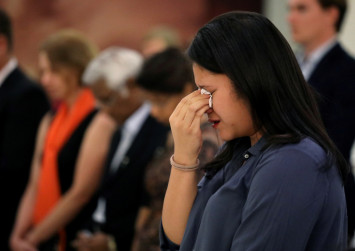 The plaintiffs he represents are seeking compensation of at least €6.4 million (S$10 million) for each of their dead family members.

"This is the beginning of a process that is likely to be in many pieces involving additional defendants," Skinner told the South China Morning Post, describing the trial in The Hague as a "huge enterprise".

Despite years of investigation, no clear motive has been established for the downing of MH17, either by the investigation team or the Dutch Safety Board.

"A commercial airliner was deliberately targeted, [but] it could have been any airline," Skinner said, suggesting MH17 was hit almost at random, simply because it was passing overhead at the time.

The precise circumstances of the attack are central to the claims of the families Skinner represents.

Investigators from the Dutch Safety Board said the missile hit the front-left of the plane, causing other parts to break off. Most missiles track their targets using heat sensors, and the middle and the back of an aircraft emit the most heat due to the location of the engine.

The fact MH17 was hit in the front was a result of the BUK missile's sophisticated design, Skinner said. 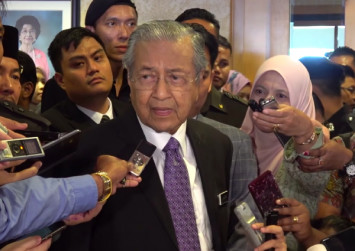 "The BUK missile is not a heat seeker," he said. "It operates on a much higher technology than that.

"It is designed in that way to attack the command and control centre of its target. So it cut the cockpit off, killed the pilot and the co-pilot, disabled the aeroplane.

"That's the design of the weapon, to go to where the signals of command and control are coming from in the plane and then to detonate to destroy control and flight of the aircraft."

Skinner lodged the civil suit in 2016 at the European Court of Human Rights, and anticipates it will be another two to three years before the suit gets to court.

"The court will ultimately dismiss [Putin] from the case but by having his name there it draws attention to the fact that a weapon of that type does not leave its country unless it's been authorised by the leaders - and that's the point we want to make," Skinner said.

Russia has long denied any involvement in the downing of MH17, and has offered a series of alternative explanations.

Moscow again on Friday accused the Netherlands of a "crude attempt to put pressure on the court".

"In the last days before the hearings, everything was done to fill the gaps in the evidence presented and to camouflage the falsification of the facts of this version in advance," Russian foreign ministry spokeswoman Maria Zakharova said.