Syed, who will turn 26 on December 6, was sworn in as the 18th Youth and Sports Minister on Monday.

The youngest of four children, the Johor-born Syed's appointment to a full minister role under the new Pakatan Harapan government is also historic in itself, as he is the youngest ever minister in the history of the country.

His predecessor Khairy Jamaluddin was the country's youngest minister when he was appointed to the Cabinet aged 37 in 2013.

Syed is a law graduate from the International Islamic University and recently turned down a second offer from Oxford University to pursue a Master's degree in Public Policy.

Tall and quick-witted, Syed was well-established in the debating community before he entered the political arena, having won Asia's Best Speaker award at the Asian British Parliamentary (ABP) Debating Championship three times.

His rise in the Malaysian political landscape came about after he won the Muar parliamentary constituency in the country's 14th General Election, beating Barisan Nasional's incumbent candidate Razali Ibrahim.

Razali was also a former deputy youth and sports minister from 2009 to 2013.

Top Malaysian shuttler Lee Chong Wei earlier said he was looking forward to the appointment of the new sports minister, whom he hopes will adopt a hands-on approach.

"It is a breath of fresh air. As we know, former minister Khairy did a great job.

"Under Khairy, athletes who did well at the Rio Olympics in 2016 enjoyed great incentives.

"I am sure the new minister will do a good job also," said Chong Wei, who bagged his 12th Malaysia Open title on Sunday. 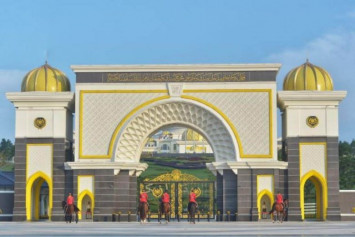 "Congrats to Syed Saddiq on his appointment as the new Youth and Sports Minister. I pray that you will bring more success to the country," he tweeted.

"I think it's the most appropriate choice bearing in mind his age and vitality. We look forward to working with Syed Saddiq and hope to get his full support especially with the Asian Games in Indonesia just over a month away."

"He is young and will bring in new ideas for sure to the sports industry in Malaysia. I hope there will be more support for motorsports," said Nabil Jeffri, a Malaysian driver who took part in 24 Hours Le Mans race last month.

Steven Sim Chee Keong was also sworn in as the Deputy Sports Minister.

A total of 13 ministers and 23 deputy ministers received their letters of appointment from Malaysia' Sultan Muhammad V on Monday.