PETALING JAYA - All 26 commercial banks in Malaysia have decided to drop the charges for certain cash and cheque transactions for credit card and financing repayments, just two days after widespread public uproar.

In a statement yesterday, the Association of Banks in Malaysia (ABM) said its member banks would stop charging the fees.

Some had already begun imposing the charges while others planned to implement them soon.

"Currently, certain customer segments are already waived these charges, which are disabled persons and senior citizens.

"For walk-in customers, there are available free and convenient alternatives to conduct banking transactions and obtain services as provided via automated teller machines (ATMs)," it said.

ABM added that its member banks would be communicating with their customers via their respective communication touch points, including their websites, and were ready to assist their customers to familiarise themselves with these alternative channels or on any queries they might have in relation to this matter.

Non-government organisations and consumer groups previously said this would have forced consumers to fork out extra to pay their loan instalments and credit card bills and would only profit the banks.

Since 2015, cheques in general already have a 50 sen processing fee imposed and Bank Negara had said in 2017 that this would be increased to RM1 from January 2021 and gradually thereafter, to reflect the actual cost of cheque processing.

Back in 2016, the cost incurred by banks to process a single cheque is RM4 and this is estimated to be about RM6 by next year. 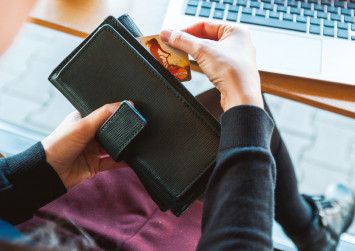 Bank Negara requires commercial banks to channel cheque fees collected to the e-Payment Incentive Fund (ePIF), which serves to incentivise the adoption of e-payment, in line with the central bank's aim to move towards a cashless society.

The rate at which the fees are to be put into ePIF depends on the banks' fulfilment of a set of e-payment prerequisites.

The fees collected are channelled back to customers mainly through the introduction of fee waiver for e-payments.

This led to the waiver of the 50 sen charge for Instant Interbank Fund Transfer (IBFT) beginning July last year.

Coupled with the charges incurred by banks to process the cheques, most would barely break even with the cheque fees imposed.

There are banks, such as Standard Chartered, that do not impose charges for credit card and financing repayments, be it over the counter or through deposit machines.

Commenting on the latest development, National Union of Bank Employees secretary J. Solomon said it was welcomed and banks must stop any form of fees charged for deposits or any transactions made over the counter.

"It's the fundamental right of the customers to use the services of the bank employees for counter services and the banks cannot impose a fee on the customers for that.

"It's also the duty and obligation of the bank as custodian of the customers' funds to give the best service to customers with no charge over the counter," he said.

He said focus should be placed on financial education and literacy to help consumers move towards the digital age rather than punishing them.

"Consumers should be vigilant to fight when they feel injustice has been done.

"We will monitor this continuously," he said.