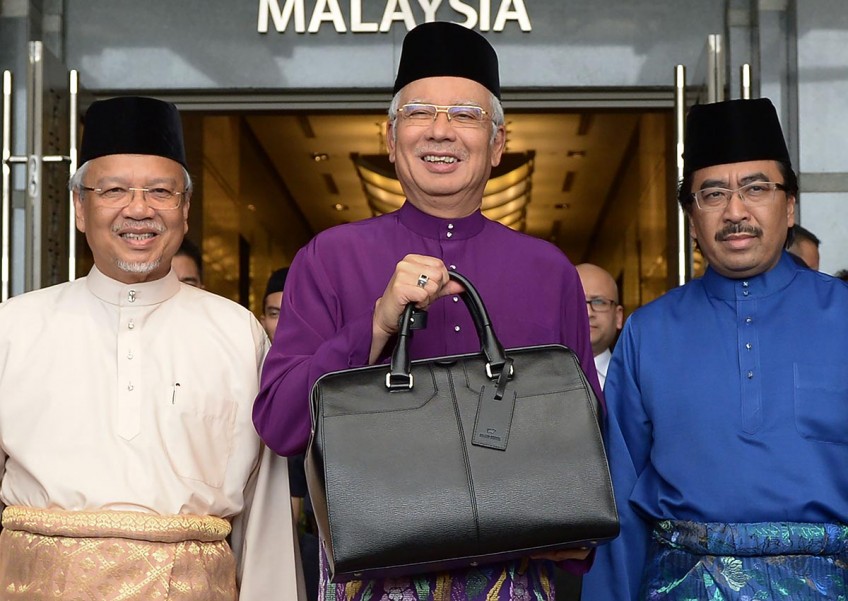 The amount of 1Malaysia People's Aid (BR1M) has been further increased for those eligible under Budget 2016.

Prime Minister Datuk Seri Najib Tun Razak said the assistance for households with a monthly income of between RM3,001 (S$986) and RM4,000 would be raised from RM750 to RM800.

For singles aged 21 and above and with a monthly income not more than RM2,000, the payment would be raised from RM350 to RM400, said Najib.

He also said a new category would be introduced for participants in the e-Kasih database, where those with a monthly income below RM1,000 will receive RM1,050.

The Bereavement Scheme, said Najib, would also be continued.

"The payment is expected to benefit 4.7 million households and 2.7 million single individuals with an allocation of RM5.9bil," he said, adding that it was part of the Government's pledge to reduce the cost of living for the rakyat.

"I know that there are parties who feel that BR1M should not be continued.

"However, based on the feedback that I have received, BR1M recipients appreciate the Government's concern as it has helped them reduce the cost of living," he said.

The cash hand-out programme to targeted groups was first introduced in 2012, providing cash aid of RM500 to households with an income of RM3,000 and below.

Under Budget 2015, the Govern­ment increased the aid from RM650 to RM950 for households with a monthly income of RM3,000 and below.