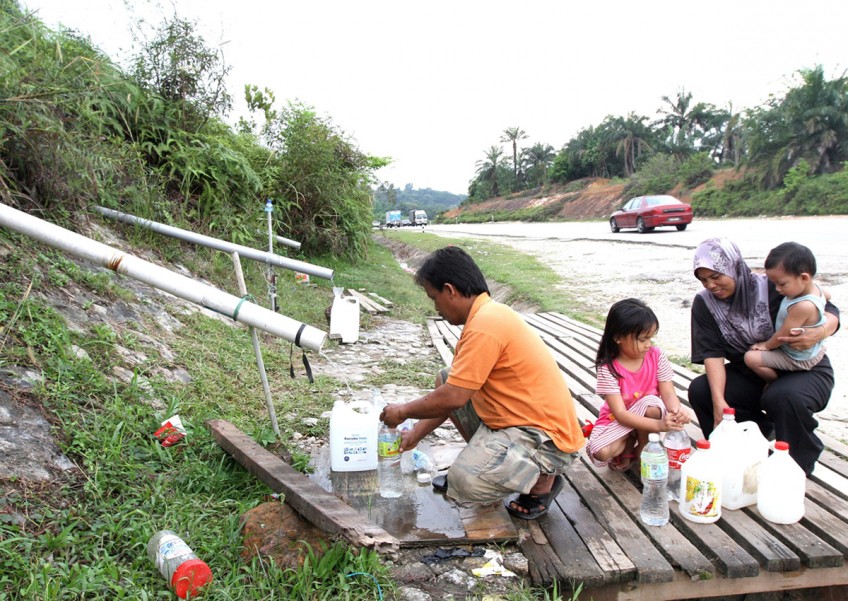 PETALING JAYA - Water experts were not happy with the little focus on water in Budget 2016, saying that more should be spent to save the resource.

Forum Air Malaysia communication and policy manager Jesslyn Pek Yen Lee said much needed to be done to ensure that water crises did not recur.

"They didn't touch on how to solve the water problem, water rationing and the infrastructure," she said.

She added that there should have been some mention on non-revenue water (NRW), especially water lost between treatment plants and people's taps.

Pek also said there should have been some money set aside for sewerage education and upgrading current infrastructure.

Some RM877 million (S$288.3 million) was announced to be spent on building water treatment plants for more supply.

Last year, 35.6% of all water treated ended up as NRW, with possibly 75% of it lost through leaks.

"In a way I'm quite disappointed," he said.

Farming tended to use 70% of all water sources, he said.

If this was monitored, he said more water could flow to consumers' taps.