Malaysia businessman: Bahasa Malaysia will unify us, but it is English that will carry us forward 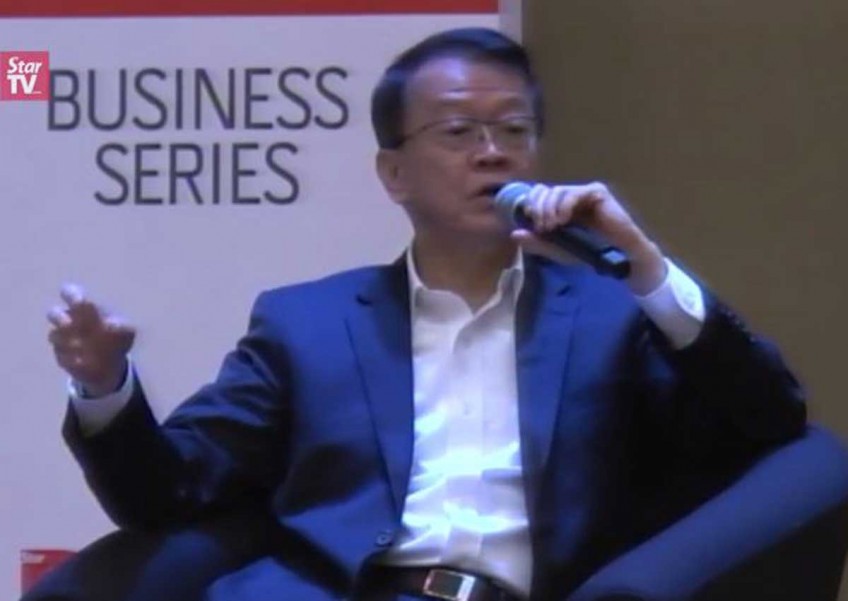 PETALING JAYA: Sunway Group founder and chairman Tan Sri Jeffrey Cheah says the English language belongs to the world and not just to the British, and Malaysian leaders need to be far-sighted.

"Bahasa Malaysia will unify us, but it is English that will carry us forward," he told the audience at Star Media Group's Power Talks: Business Series at Sunway Uni­versity yesterday.

Cheah spoke on the challenges that he faced building the Sunway township in the 1980s and how the Asian and global financial crises nearly bankrupted him.

"I made many mistakes but I picked myself up," he added.

Today, he has his eyes on sustainability. For a start, we will carry out a water treatment project, adding: "I have already got it installed in South Quay, Sunway. Lots of underground water there."

"I believe the treated water here will be better. We will be using high technology," he said.

It is his aspiration to treat water for residential and commercial use.

On the impending water crisis facing the country, he said he was embarrassed when he had to explain to foreign visitors why Malaysia, despite being a tropical country with heavy rainfall, needed to have water rationing.

He has also spoken to the relevant authorities about generating his own electricity using natural gas.

"It is green energy and hopefully, will get the Government's approval," he said.

The elevated BRT-Sunway Line costs RM634mil and Sunway Bhd has contributed about 20 per cent of it.

It was part of the public-private partner­­ship programme between Prasarana Malaysia Bhd and Sunway Bhd.

"Despite my bit of contribution I have no say in the fare, which is RM5.40 today," he said.

He added that 13,000 people took the BRT during the first two months when it was free, but the number dropped to 4,000 when the fare of RM5.40 was imposed.

"Get people to ride it at RM2 and slowly increase it. There are many ways to skin a cat, to make money. Just don't kill the cat," he suggested.

Cheah said he was also interested in breaking new ground in education and medical care.

He is now expanding his medical and education facilities via tie-ups with Harvard, Oxford and Cam­bridge universities.

Other ventures in the pipeline are nuclear medicine and building a cancer centre, a digestive health centre and a kidney and urology centre.

"Doctors today are making so much money they do not want to teach anymore.

"They do not realise that they will grow old one day and they must impart their knowledge and know how to the younger people. That is our problem today," he said.

He added that Sunway Medical Centre was the first private hospital in South-East Asia to receive full accreditation from the Australian Council on Healthcare Standards.