Malaysia defence ministry lays out plan on how to spend $5.6 billion 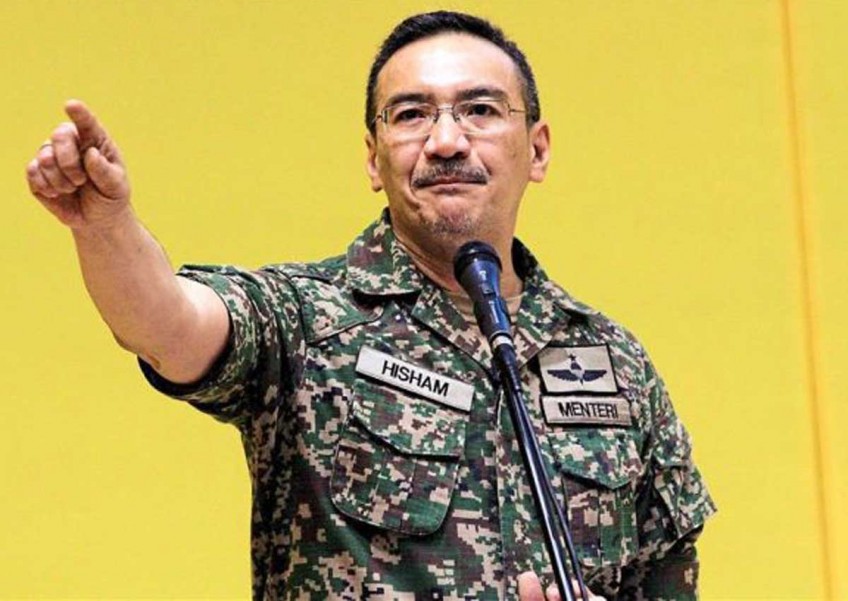 Game plan: Hishammuddin has already planned how the allocated sum to his portfolio will be spent.
The Star/ANN

KUALA LUMPUR - Defence Minister Datuk Seri Hishammuddin Hussein has laid out his plan on how to spend the RM17bil (S$5.6 billion) allocated to his portfolio in Budget 2016, with Sabah's security, the army's welfare and reviving the National Service Training Programme (PLKN) taking centre stage.

Of the sum, RM13.4bil will go into the army's management while RM3.8bil will be used in developing Malaysia's defence.

Much of the Budget will be spent on the military's presence in the eastern coast of Sabah.

"Focus will be given to the operations of the Tun Azizan and Tun Sharifah Rodziah naval bases, the Scorpene submarine restoration project and placing 12 AV8 GEMPITA armoured vehicles in Tawau's Kukusan Camp.

"Malaysia's radar capabilities in Lahad Datu and Labuan will also be upgraded.

"Another RM523mil will be allocated to developing the Esscom military camp in Felda Sahabat," he said in a statement.

Hishammuddin said that RM160mil would be used to build and upkeep the army's family homes around camps nationwide.

He expects about 4,000 Rumah Keluarga Angkatan Tentera to be built next year.

"Housing for the army is my most important agenda. This is to ensure their quality of life and comfort is taken care of."

He also said that he did not want to see any more military children taking trucks to school.

"So far, only the children in the Klang Valley use school buses, thus an expansion could benefit another 13,000 military children nationwide," he said.

He added that another portion of the Budget would be used to care for army veterans.

On PLKN, Hishammuddin said next year would see a new curriculum for trainees, touching more on creative thinking and technical skills training.