Malaysia risks getting caught up in sweeping Western-backed sanctions on Russia over its invasion of Ukraine after a diplomat’s suggestion Malaysia would consider “any request” from Moscow for the sale of semiconductors.

Malaysia has long had a little-known but crucial role in the global semiconductor industry. It is one of the main sites for assembly, testing and packaging for the likes of Toyota, Ford, General Motors and Skoda Auto.

In an interview published on April 23 with state-backed RIA Novosti, Kuala Lumpur’s envoy to Moscow, Bala Chandran Tharman expressed “joy” over Russia’s purported confidence in Malaysia’s potential to become a hi-tech equipment supplier. The ambassador noted Malaysia was one of the world’s largest semiconductor exporters with an annual volume of US$8.7 billion in sales.

Noting that Malaysia’s industries were “market oriented” Chandran said he was “quite sure that any request from the Russian side regarding the supply of such products will be considered”.

Malaysian foreign policy observers said they were taken aback by the exuberant tone of Chandran, given that stepped up trade with Russia could be a cause for being caught up in the sanctions dragnet that the West – and its Asian partners such as Japan and Singapore – have imposed to censure Moscow’s unprovoked aggression.

International relations expert Hoo Chiew Ping said that while Malaysia is indeed a major fabricator of electronics and semiconductors, it might not necessarily own the intellectual property for the parts, which could belong to US and Japanese companies who are major investors in the Malaysian market.

“Malaysia can be blacklisted for breaching the sanctions and IP rights. This will have dire consequences for its semiconductor manufacturing and export economy,” said Hoo, an expert on sanctions.

“When [the ambassador] suggested that Malaysia ‘would’ consider to sell semiconductors to Russia, however, it puts Malaysia at risk when other countries are banning trade with Russia,” said Tunku Mohar Tunku Mokhtar, a Malaysian political expert. Mokhtar believes the ambassador was just being diplomatic in his response, “but in doing so, it also shows opportunistic gestures since Taiwan has banned the export of such products to Russia”.

In March, The New York Times reported US commerce secretary Gina Raimondo was aware of Russia “courting other countries to do an end-run” around US sanctions and export controls. She issued a stern warning to Chinese companies that do so, saying the United States would cut them off from American equipment and software they need to make their products.

Understanding the severity of Malaysian companies being slapped with such action, geostrategic expert Azmi Hassan hopes the ambassador’s comment was just “to be nice to [the] Kremlin” as part of his capacity as Malaysia’s envoy.

“This is not the right time to conduct new businesses with Russia,” he said.

With the war in Ukraine dominating the news, Azmi said the diplomat should be more careful with what he says as it “would not look good for Malaysia”.

Read Also
Punishing Putin: How Biden could cut Russia off from world tech 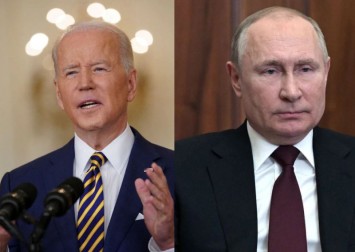 His reaction is echoed by Hoo.

“As Malaysia is trying to implement our foreign policy framework for post-pandemic recovery, we need to look after our reputation as a destination for foreign investment by threading these issues carefully,” she said.

Malaysia is part of an alternative global technological supply chain in Washington’s point of view – part of its effort to strategically compete with Beijing in the US-China trade war that started under former US President Donald Trump.

This was bolstered by Malaysia’s introduction of its Strategic Trade Act in 2010 that allows it to enforce restrictions on dual-use technologies – that can be used for both peaceful and military aims – and detect other methods that intend to bypass sanctions, which won applause from then US President Barack Obama.

But any past goodwill from Washington could be undone by Chandran’s interview, which was shared by Russian state-owned news media as well as the Russian embassy in Kuala Lumpur, and reflects Moscow’s intensified public relations, according to a report on pro-Russian sentiments by Iseas – Yusof Ishak Institute.

“As the United States, Canada, and the European Union enforced harsh sanctions on Russia for its invasion, Moscow intensified its public relations efforts to exert control over the narrative expressed in the media and on the internet,” said experts Benjamin Y.H. Loh and Munira Mustaffa who co-authored the report.

Both experts sense that many felt the need to support Russia, or at the very least, the invasion as a way to maintain “pragmatic neutrality” and condemned the act of directly dressing Russia down, which they saw as a breach of Malaysia’s “neutral position”. 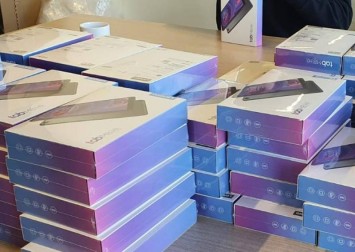 “The rationale was that since Malaysia was not a party to the war, it should abstain from any verbal involvement in it,” they said.

This was seen previously with how Malaysia distanced itself from directly blaming Russia for the 2014 downing of its passenger airliner, Malaysia Airlines flight 17 by Russian-backed separatists, contradicting findings of an international joint investigation team.

The news was received with mixed reaction by the Malaysian public, with some expressing disgust at the government for its penchant for “siding with dictators”.

Others however welcomed it, asserting Malaysia’s right as an independent nation to befriend whoever it chooses.

Long-time Malaysian political watcher James Chin in Tasmania said that Malaysia finds strength among fellow Asean neighbours and other developing countries in not picking a side in this conflict.

“Malaysia feels that this is a European thing, so we don’t want to get involved. It is also a superpower thing, nothing to do with the Muslim world,” said Chin.