Malaysia election 2022: A quick guide to what you need to know

A general view of the Bukit Bintang shopping district in Kuala Lumpur, as Malaysia gears up for its 15th general election, which is likely to be the most hotly contested so far.

After months of anticipation, Malaysia’s Nov 19 election is now days away with almost 1,000 candidates fighting it out to win a place in the country’s 222-seat parliament.

The snap election was only announced in October, after Prime Minister Ismail Sabri Yaakob dissolved parliament following months of pressure from his ruling nationalist Umno party vying for a return to power.

This will be Malaysia’s 15th general election and is likely to be the most hotly contested that the country has seen so far, with the Umno-led Barisan Nasional coalition jockeying for position against two others: the multiracial Pakatan Harapan and the Malay nationalist Perikatan Nasional.

Here are some key things to know about the players, the parties and the controversies that make up Malaysia’s political scene.

How did we get here?

Malaysia is a parliamentary democracy, with elections typically held every five years.

As a constitutional monarchy, the king, currently Sultan Abdullah Sultan Ahmad Shah, acts as the head of state in similar fashion to the British monarch. The Malaysian monarch has some constitutional powers but largely must abide by the decisions of the ruling government.

Until recently, Malaysians only knew of one party of government: the United Malays National Organisation (Umno). Alongside its coalition partners in Barisan Nasional, Umno ruled Malaysia without interruption from 1957, when the country gained independence from Britain, until 2018. 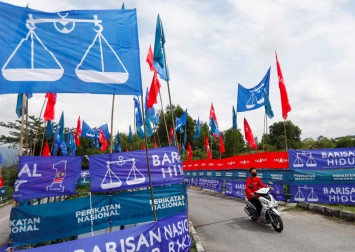 The general election in 2018 marked a major turning point in Malaysian political history as the Umno-led Barisan Nasional suffered a stunning defeat at the hands of Pakatan Harapan. Umno’s downfall was in part due to widespread public discontent over corruption and the unyielding cost of living.

The ascent to power of Pakatan Harapan, a multi-ethnic coalition championing egalitarianism and multiracialism, raised hopes for progressive politics in the country compared to Umno’s Malay nationalism.

While things were initially looking up for the Pakatan Harapan government, infighting and a political coup collapsed its leadership in less than two years. The turmoil paved the way for Umno’s return to power as part of another alliance, setting up a nationalist administration in 2020 without a parliamentary vote.

Now – hoping to capitalise on its resounding victories in state polls in recent months – Umno is counting on the general election to once again consolidate its rule, with Ismail Sabri calling to end years of political instability.

More than 21 million people are registered to vote in this year’s snap election, up by almost 6 million from the previous national polls after the government enabled automatic voter registration and lowered the voting age from 21 to 18.

Despite data showing increased interest in the election and more of the electorate intending to vote, independent pollsters have found the results of the national contest still too close to call.

Malaysia uses a “first-past-the-post” system like its former colonial ruler Britain. Candidates must win a majority of votes cast to be declared a winner. With numerous multi-cornered fights taking place this time around, it is likely that a sizeable number of seats will be won by candidates who do not have more than 50 per cent of the vote share.

Any party or coalition that hopes to form the next government must win 112 seats – the number needed for a simple majority in the lower house of the country’s legislature, the Dewan Rakyat.

Apart from the main show of the parliamentary election, three states – Pahang, Perlis and Perak – will hold elections for their respective state assemblies on Saturday. The results of these contests will determine who becomes chief minister and forms the state government.

The time to cast votes at most polling stations in Peninsular Malaysia is 8am to 6pm and from 7.30am to 5.30pm in Sabah and Sarawak.

Prime Minister Ismail Sabri’s Umno party is the leading member of Barisan Nasional, and will face off against the multiracial Pakatan Harapan led by Anwar Ibrahim, the long-time would-be prime minister.

Also in the mix is Perikatan Nasional, led by former prime minister Muhyiddin Yassin, who had orchestrated the 2020 political coup but was later forced to resign after he sidelined lawmakers through his use of emergency powers during his 17 months in power. 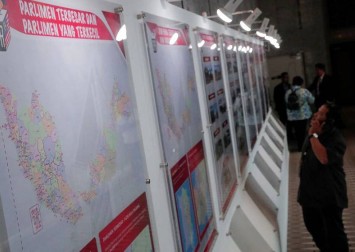 Mahathir is the country’s longest-serving prime minister, spending 22 years in post during his first stint that ended in 2003 when he resigned. He returned to the position in 2018 after leading the Pakatan Harapan coalition to its unprecedented victory that ousted Umno.

That second term as prime minister ended prematurely, when his then-party Bersatu – formed by disenfranchised Umno leaders – instigated an internal coup in 2020, bringing Umno back into the power structure.

Mahathir’s tumultuous relationship with his former protégé-turned-nemesis Anwar is also widely seen as the reason behind the coup that brought down the Pakatan Harapan government.

Under an agreement signed months before the general election in May 2018, Anwar was to take over from Mahathir while Pakatan Harapan were in power. But instability seeped in when Mahathir appeared to go back on the agreement.

The pair’s strife, however, goes further back to Mahathir’s first tenure as prime minister, when he sacked Anwar as deputy leader and jailed him on charges of corruption and sodomy.

Evidently, Malaysian politics is in no way lacking in big personalities and long-running political feuds.

This makes the outcome of the election particularly difficult to gauge, as experts and independent polls have suggested that no single coalition alone will be able to secure a large enough plurality to form a government on its own.

Obtaining the support of smaller parties and alliances, including the likes of youth-centric Muda and Islamist party PAS, might be imperative for competing coalitions to gain control of the government.

The issues at stake

Prime Minister Ismail Sabri’s decision to call early polls this year despite the threat of widespread floods in Malaysia’s monsoon season has been called into question.

The government’s response to the growing effects of climate change is one of the key issues on this year’s docket, after dozens of people died when dangerous floods struck several states in December.

Malaysian voters are also concerned about rising costs of goods and economic uncertainty as prices of food and amenities have been on the uptick.

But the country’s tumultuous political scene has also highlighted issues with corruption and politicking in government, with some observers expressing concern voters might be disillusioned by years of instability.

Minorities in Malaysia, including its largest ethnic Chinese community, might also be seeking a return of multiracial politics to the country after feeling dissatisfied by pervasive racial policies that prioritise the interests of the country’s Malay majority, experts note.