PETALING JAYA - The 14th General Election has taken a “Wakanda Forever” turn with our own T'Challa and Nakia, just in time for the release of the new Marvel superhero movie Avengers: Infinity War.

On Instagram, Rembau candidate Khairy Jamaluddin gave King of Wakanda, T'Challa, a run for his money with a Black Panther-esque poster of himself doing the Wakanda salute of crossing the arms in front of one's chest.

The words “Ghombau Solamo Lamo Eh” appear next to Khairy in a tongue-in-cheek play of the “Wakanda Forever” slogan.

Not to be outdone, PKR’s Permatang Pauh candidate Nurul Izzah Anwar posted that same day an illustration of herself as the character Nakia, complete with the fictional character's circular weapon known as vibranium chakrams. 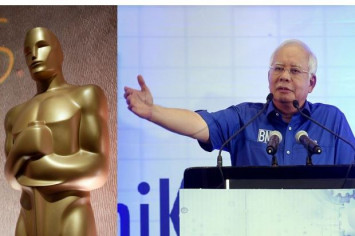 Nurul Izzah cuts a foreboding look in her signature headscarf and the fictional character's metallic armour as she crosses her hands in the Wakanda salute.

“As we prepare for battle, and soldier on in the intensity of campaigning, I can't help but post this wonderful ode to sisterhood, made with much love, affection and support,” she wrote, attributing the image to her friend Nadia Kaera. 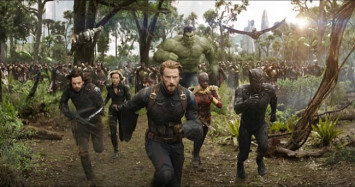 Malaysians on Instagram were delighted to see Khairy and Nurul Izzah channeling their inner Black Panther as the battle to become Malaysia's top warrior ensued.

“Wakanda forever!” many responded in salute.