PUTRAJAYA - The macroeconomic challenges faced by Malaysia are expected to continue, but the World Bank has reaffirmed its confidence that Malaysia's aspiration to become a high-income nation by 2024 remains possible, as long as the country's gross national income (GNI) per capita continues to grow at a range of 4 per cent to 4.5 per cent.

The Washington-based World Bank also said Malaysia could exceed the high-income threshold as early as 2021.

Speaking after the launch of the 20th edition of the Malaysia Economic Monitor, lead economist for Malaysia Richard Record said Malaysia's success in achieving the coveted high-income status also depends on the exchange rate dynamics and the movement of the high-income threshold based on the US dollar, among other factors. 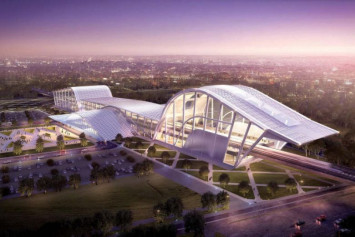 Record, however, said development “is not just about numbers”.

"In the numerical sense, Malaysia will certainly pass the threshold.

"But average income tells you nothing about the distribution of income. Of course, there are many other ways of measuring development progress, in terms of health, education, quality of public services and others," he told reporters.

The World Bank's Malaysia Economic Monitor was launched yesterday in conjunction with the kick-off conference of the 12th Malaysia Plan.

In the report, the World Bank lowered Malaysia's growth forecast for 2019 slightly to 4.6 per cent from 4.7 per cent previously.

The downward revision for 2019 was largely due to the weaker-than-expected investment and export activity in the first quarter of this year.

In the near-term future, the country's gross fixed capital formation, which is an important indicator for investment, is projected to remain subdued and weighed down by slower public and private capital spending growth.

The weakness in the external sector is likely to persist into the near term, with softening global demand weighing on export growth.

The World Bank's growth forecast of 4.6 per cent for 2019 comes within the official projection by Bank Negara of 4.3 per cent to 4.8 per cent this year.

On the other hand, the International Monetary Fund and the Asian Development Bank expect the economy to expand by 4.7 per cent and 4.5 per cent, respectively, in 2019.

Economic Affairs Minister Datuk Seri Mohamed Azmin Ali, who gave the keynote address at the launch of the kick-off conference of the 12th Malaysia Plan, said that the government would spend about RM45 billion (S$14.7 billion) in 2019 on more than 4,000 development projects to spur the Malaysian economy, which has been affected by external vulnerabilities.

He added that the benefits of the multi-billion-ringgit development expenditure would flow into the following years and ensure sustained domestic economic growth.

"Together with the resumption of several large-scale projects, these measures will be our growth drivers for this year and the next.

"As we continue to work towards the enhancement of foreign direct investment, there should be simultaneous efforts to boost domestic investment as well," Azmin said. 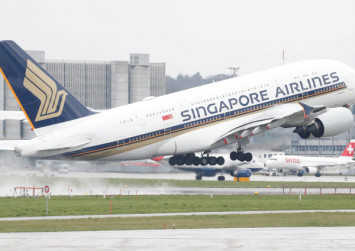 He spoke via a video recording as he is currently attending the sixth Organisation of the Petroleum Export Countries (Opec) and non-Opec ministerial meeting in Vienna.

Azmin pointed out that the government focused on measures to reduce regulatory burden in line with its aim to improve the ease of doing business, adding that "there is still more work to be done".

"Among the steps being undertaken is the removal of non-tariff measures (NTM).

"As of 2018, the government has reviewed 668 NTMs under six ministries that had a total estimated compliance cost of RM2.96 billion, with a potential cost saving of RM739 million," he said.

In order to ensure economic resilience in the near term, the World Bank has recommended the government to focus on rebuilding fiscal buffers, facilitate private investment and ensure adequate social protection for lower-income households.

The development bank also said that the government should undertake bold reforms and measures to increase revenue.

Record pointed out that Malaysia trails many upper-middle and high-income countries in the collection of personal income tax revenue and proceeds from taxes on goods and services.

The country's top marginal income tax rate currently stands at 25 per cent to 28 per cent, which is relatively low compared to many regional nations and most high-income countries.

"Currently, Malaysia collects around 2.2 per cent of its gross domestic product in personal income tax revenue. That is about a quarter of the average in high-income economies.

"We are not advocating that Malaysia should quadruple its personal income tax revenue, but over time, if Malaysia seeks to provide an increased range and quality of public services and aspires to become a high-income economy, then Malaysia will need to collect more personal income taxes," he said.

According to the World Bank lead public sector specialist Rajni Bajpai, the Malaysian public service has performed well above the regional standards.

"In fact, the standards of Malaysia's public service are above the East Asia and Pacific region in most of the indicators.

"But as Malaysia aspires to become a high-income nation, it needs to be compared to high-income economies like the Organisation for Economic Co-operation and Development countries where there is still some gap that must be addressed," she said.