Kuala Lumpur - Malaysia has foiled an attempt to smuggle dozens of bearded dragon lizards and tortoises into the country from neighbouring Thailand to be sold as pets, authorities said Monday.

Two Thais and one Malaysian were arrested as they drove an SUV with the animals hidden inside, according to local border security chief Syed Basri Syed Ali.

Both animals are popular pets in Malaysia but it is illegal to bring them into the country without the correct permits.

If found guilty of breaking wildlife protection laws, the trio - who were arrested Thursday - could be jailed for up to 10 years, said Syed Basri. 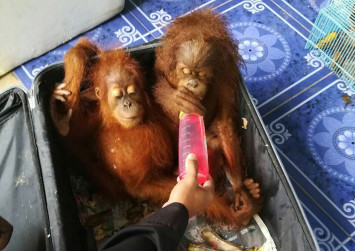 "This case could potentially uncover connections to the exotic pet trade that appears to be booming in Malaysia," she said.

African spurred tortoises are kept as pets due to their reputation for having a pleasant temperament. The world's third-largest tortoise, they are classified as "vulnerable" by protection group the International Union for Conservation of Nature.

Bearded dragons - which take their name from the scales under their head that resemble a beard - are popular pets due to their hardy and tame nature.