Malaysia gay sex video: Anwar says Malaysians want to know if video is genuine and who was behind it

According to PKR president Datuk Seri Anwar Ibrahim, Malaysians also want to know who was behind the dissemination of the video.

According to Mr Anwar, the people also want to know who was behind the dissemination of the video.

"The investigations are under the purview of the police. There are two phases: Is the video genuine, and who was the one who spread it.

"The people want to know these two aspects," he told a press conference in Parliament on Tuesday (July 16).

Mr Anwar's comments came as the police said they were widening the investigation net in connection with the video, including the possible involvement of a state assemblyman.

When asked on the possibility that the five others arrested with Haziq Abdullah Abdul Aziz were connected to a state assemblyman, police chief Datuk Seri Abdul Hamid Bador said police were investigating the angle.

"We are investigating that possibility along with other aspects."

CID director Comm Datuk Huzir Mohamed said they had received a report from CyberSecurity Malaysia on the identity of the two men in the sex video but did not reveal its contents. 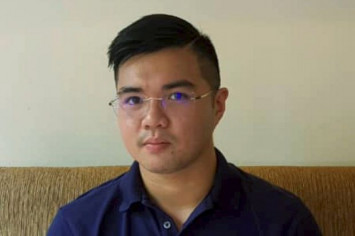 On Sunday night, Haziq and five other individuals were arrested by the police in multiple locations across the Klang Valley to assist investigations under Section 233 of the Communications and Multimedia Act 1998.

They were all remanded for six days until July 20. Two of them are PKR members.

The day before that, Inspector-General of Police Datuk Seri Abdul Hamid Bador said that the police were closing in on the "alliance" behind the sex video scandal.

Haziq was first detained at Kuala Lumpur International Airport on June 14 and the police set up a special task force led by Comm Huzir Mohamed to investigate the case three days later.

Haziq has already confessed to being one of the two men involved in sexual acts in the video and claimed the other was Mr Azmin.