Anwar, also the Port Dickson MP, said although his initial view was that Azmin need not resign, recent developments in the investigations had to be taken into consideration.

"If the investigations are conclusive, then he needs to resign, but if we have not ascertained the truth of the two guys in the video, then he (Azmin) has the option.

"It is subject to whether the police or the Malaysian Communications and Multimedia Commission ... have ascertained the veracity of the video. And if he is identified conclusively, then he needs to resign," said Anwar at a press conference at the Parliament lobby yesterday.

The police have in custody nine people so far, including Farhash Wafa Salvador Rizal Mubarak, who is Perak PKR state chief and Anwar's political secretary.

Asked about Farhash's arrest, Anwar said he was surprised and unsure why he was detained.

However, he said that the police had their reasons and that the investigations should "proceed according to its course".

Asked if the scandal had caused a split within PKR, Anwar said almost 80 per cent of party state leaders had contacted him.

"They said that they are behind the party leadership on this. Let the police investigate," he said.

"Whoever is under investigation must put themselves in the category that they are being probed and must not disrupt it.

"We cannot use the old system where there was a separate law for the elites and another for the rakyat," he said. 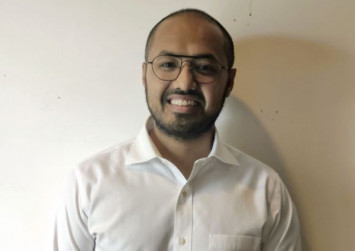 Another PKR central committee member Datuk Kamaruddin Jaafar said that it was not right for Anwar, as the president of the party, to make such a call to Azmin, as the former was not only his deputy but also someone he had known for more than 30 years.

Azmin was an aide to Anwar when he was the deputy prime minister before the former was sacked in 1998.

"There should be no presumption that Azmin is guilty before proven. Anyone should be given the right to innocence until proven guilty," said Kamaruddin, who is also deputy Transport Minister.

He also called on Cabinet members to refrain from asking Azmin to resign over the sex video as it was "inappropriate to criticise or make remarks in public" as members of the country's administration.

"It is not professional. We should address such complaints to Prime Minister Tun Dr Mahathir Mohamad first because he is head of the administration," said Kamaruddin.

On July 16, Deputy Primary Industries and Commodity Minister Datuk Seri Shamsul Iskandar Md Akin said that political leaders and government officials who had been implicated in suspected wrongdoings should go on leave, with reference to Azmin and the sex video.