PETALING JAYA - Umno supreme council member Datuk Lokman Noor Adam was arrested after refusing to co-operate with the police when they went to search his house on Thursday (June 13).

Selangor CID chief Senior Asst Comm Fadzil Ahmat said that a police team went to his house in Kajang Hillpark in the afternoon.

Lokman had given a statement to the police on earlier on Thursday over the gay sex videos implicating Economic Affairs Minister Datuk Seri Azmin Ali.

"During the search, he (Lokman) was instructed to hand over his phone for inspection but he refused to co-operate. He also shouted at the officer doing his duty there," SAC Fadzil said when contacted. 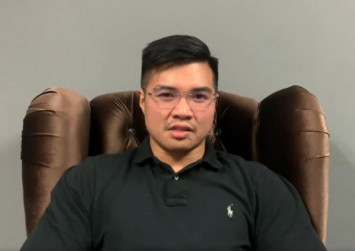 Also arrested was MIC member Gobalakrishnan Nagapan, who was at the house then.

Both were detained for obstructing a public servant from discharging his duty and using abusive language.

"They have been brought to the Kajang police headquarters. Follow-up investigations are ongoing," said SAC Fadzil.

He added that police had gone to Lokman's house in the course of an investigation under Section 504 of the Penal Code, which is for intentional insult with intent to provoke a breach of the peace.

It was earlier reported that Lokman had lodged a report at the Putrajaya police headquarters at about 3pm on Tuesday, calling for a full investigation to be conducted.