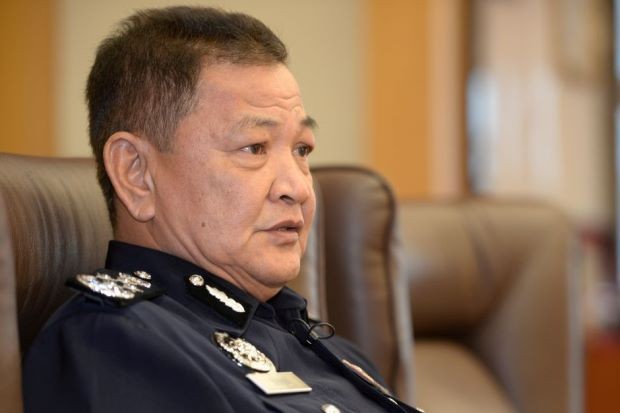 Inspector-General of Police Datuk Seri Abdul Hamid Bador said investigations also revealed there was an "evil pact" led by a political party leader to humiliate and damage the reputation of a certain individual.

"The video, which was spread to cause unrest among the public, was produced by parties paid hundreds of thousands of ringgit," the IGP said in a statement yesterday.

The country's top cop also confirmed that the possibility that the viral sex video is authentic is high.

"We received the analysis of the video from CyberSecurity.

"There is a high probability that the video is authentic but facial re­cognition came back negative. It could not link those in the video with any individual," he said.

Abdul Hamid was clarifying an earlier statement during an interview with RTM's Bicara Politikonomi.

In the interview on Wednesday night, Abdul Hamid had said Cyber­Security had confirmed that the sex video was authentic.

However, the agency could not identify the two men recorded in sexual relations.

"We sent the video to CyberSecu­rity to determine if it is authentic and if CyberSecurity can confirm the identity of those in the video.

"The answer we received ... They (CyberSecurity) said 'authentic' (tulen) but they cannot be 100 per cent certain who were in the video," he had said during the interview.

After a working visit to Wisma Pertahanan yesterday, the IGP also told reporters that there was no political interference in the investigation.

"We are conducting the investigation with utmost transparency and professionalism.

"We did not receive any political pressure or directive from any parties. We are investigating the matter without fear or favour," he said after paying a courtesy visit to Armed Forces chief Jen Tan Sri Zulkifli Zainal Abidin.

On allegations that Perak PKR state chief Farhash Wafa Salvador Rizal Mubarak was not given food since his arrest, Abdul Hamid said it was not true.

"It is a false allegation," he said.

The police have so far remanded nine people, including Haziq Abdul­lah Abdul Aziz and Farhash, who is also the political secretary to PKR president Datuk Seri Anwar Ibrahim.