A former senior judge now prosecuting Malaysia’s disgraced leader Najib Razak for corruption is under scrutiny after an ex-attorney general’s explosive claims that he was acting under the instructions of elder statesman Mahathir Mohamad .

Lawyer Gopal Sri Ram, who has led the prosecution in three of the five cases in Najib’s 1Malaysia Development Berhad corruption trial, was recently the target of an affidavit from ex-attorney general Mohamed Apandi Ali, which claimed Sri Ram had tried to convince him to arrest Najib in 2018.

Apandi first made the claims in a Facebook post on Wednesday, stating that Sri Ram said he had been “sent” by Mahathir, who was Najib’s successor as prime minister.

“He wants you to arrest Najib at his office, you go tomorrow at 2pm, we have arranged for the police in Putrajaya to do what is necessary on your instructions.

"Brother, you will be a hero in the eyes of the people, and you will be the first attorney general to arrest a sitting prime minister,” Apandi quoted Sri Ram as saying.

Sri Ram – who was first appointed as an outside prosecutor by Mahathir’s attorney general, Tommy Thomas – has declined to comment on the matter.

A bid by Najib’s defence team to delay one of his trials – this one for allegedly tampering with the 1MDB audit report – using an affidavit filed by Apandi was on Monday rejected by the High Court, with the date to hear the application for recusal set for early August.

Lawyers have weighed in on Apandi’s “serious claims”, pointing out that Sri Ram has yet to file an affidavit in reply.

“The allegations made by Apandi are serious and we should allow Sri Ram’s version of events to be told before judging,” said constitutional lawyer Lim Wei Jiet.

“If and only if Apandi’s [allegation] is true, there is to me nothing wrong for someone to urge the attorney general to press charges against another person, as long as it does not amount to undue pressure, intimidation or a threat … in my view, it may amount to a reasonable ground to discharge Sri Ram as the prosecutor in Najib’s criminal cases.” 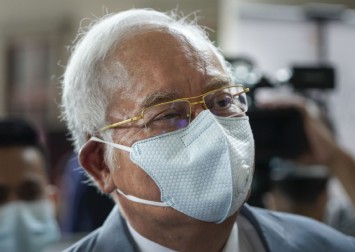 Political scientist James Chin of Tasmania University’s Asia Institute said the move was part of the new regime’s push to “get rid of charges” that were brought after Pakatan Harapan came to power.

When the previous administration took over, scores of ousted leaders were swiftly charged with corruption.

In the last few months, however, several went free – including Najib’s stepson Riza Aziz and top politician Musa Aman, who was acquitted of 46 charges of corruption and money-laundering.

“Everybody knows if they can get rid of Sri Ram, the trial will be postponed. This is what Najib wants. We are back to the pre-2018 days,” Chin said.

His thoughts were echoed by lawyer and politician Vince Tan, who belongs to the Democratic Action Party’s youth wing.

The DAP, which commands mostly ethnic Chinese support, was a key sticking point in Malaysia’s recent political tussles, with Muhyiddin’s camp suggesting that Malay needs were being sidelined in favour of those of ethnic Chinese.

“My take is that it is due to the current power tussle at the federal level where a change of government is a possibility in the near future,” he said.

“This is probably to discredit the Pakatan Harapan coalition [as] if we look back at the allegations made by the former attorney general. Why only raise this now?”

Malaysia has experienced political turmoil over the past two years, with a slew of resignations, appointments, and behind-the-scenes horse-trading among various factions backing different political formations.

Mahathir, who had been Malaysia’s prime minister from 1981 to 2003 and was returned to power with the Pakatan Harapan coalition in 2018, resigned this February after members of his party mutinied. 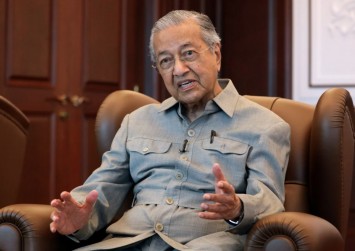 Soon after, his former ally Muhyiddin Yassin was appointed his successor by the nation’s monarch, although Mahathir has pledged to return the mandate to the people – and pointed the finger at Najib, who he had at one time groomed for premiership, as being the true mastermind behind recent movements, telling the South China Morning Post in an interview last week that “Najib is not going to work hard to make Muhyiddin the prime minister if he is going to jail”.

Since the takeover by Muhyiddin and his new coalition – which includes the United Malays National Organisation (Umno) that Najib used to head – there has been a raft of political appointments to top government-linked jobs and the removal of Pakatan Harapan-selected names.

The possibility of snap elections has not been ruled out, which would effectively bring an end to the country’s political crisis – even as Muhyiddin faces a no-confidence vote from the now-opposition when parliament resumes.

Elections can happen if the king, whose approval is needed for Pakatan Harapan to retake power, decides to accept a request from Muhyiddin to dissolve parliament.

The king does not have constitutional powers to trigger elections without being asked by the prime minister.

Najib’s trial is meant to continue on Tuesday, although lead defence lawyer Shafee Abdullah has raised the issue that a member of his team has been suffering from a fever and is awaiting the results of a coronavirus test.