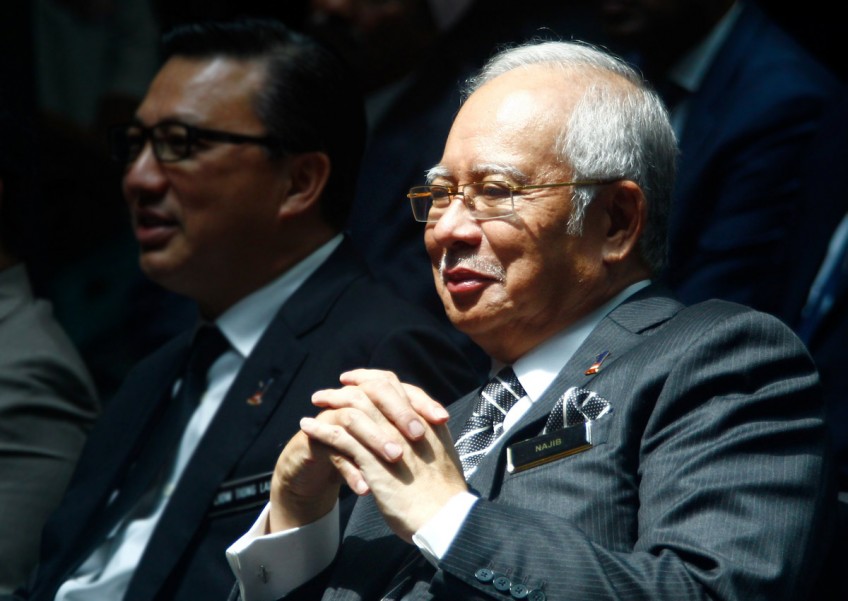 KUALA LUMPUR - Malaysian Prime Minister Najib Razak called for unity on Friday as he tried to bring home nine Malaysians stuck in North Korea amid a growing row over the murder of Kim Jong Nam, while warning Pyongyang not to abuse Malaysia's "hospitality".

North Korea barred Malaysians from leaving the country on Tuesday, sparking tit-for-tat action by Malaysia as relations soured over its probe into the Feb. 13 murder of Kim, the estranged half-brother of North Korean leader Kim Jong Un.

Malaysian police say he was assaulted by two women who smeared his face with VX, a chemical classified by the United Nations as a weapon of mass destruction.

In a blog posting, Najib said Malaysia would fall back on its experience dealing with crises such as the mysterious disappearance of Malaysia airlines flight MH370 where multiple countries were involved in the search.

Australia, Malaysia, and China jointly called off a two-year underwater search for the aircraft in January.

"I want to call on all Malaysians, including the leaders of the government and the opposition, to unite in giving us full support towards all efforts that are ongoing to resolve this problem," Najib said.

"Malaysia always ensures good relations with all countries. However, this does not mean any one of them can abuse our good treatment that Malaysia has given all this while and break the laws of our country, or do anything they like without respecting Malaysia as a sovereign nation."

Malaysian police have identified eight North Koreans in connection with the case.

They say three are still in Kuala Lumpur, hiding at the North Korean embassy.

Malaysia is one of the few countries that has for decades maintained ties with the isolated North Korea.

But as relations plunged in the wake of the murder, Malaysia recalled its envoy from Pyongyang and expelled the North Korean ambassador.

On Thursday, Najib said North Korea had guaranteed the safety of Malaysians banned from leaving the country, as two Malaysian UN employees left the state in a possible sign that diplomatic tensions had begun to settle.

Najib, who said any negotiations with Pyongyang would be conducted behind closed doors, called for nationwide prayers on Friday for the safety of the Malaysians barred from leaving North Korea.