KUALA LUMPUR - The Penang state government has proposed that Malaysia and Singapore file a joint-nomination to list hawker culture under Unesco.

The northern Malaysian state said this will increase the probability of the hawker culture being listed under intangible cultural heritage.

Penang Tourism, Arts, Culture and Heritage Committee chairman Yeoh Soon Hin said there were precedents for two countries to apply to Unesco, saying that the United Nations encourages such nominations.

He is of the view that working hand in hand with Singapore which shares similar hawker culture with Malaysia does not only avoid competition but also enhance the strength of both countries to increase the chances of getting listed.

Mr Yeoh proposed filing the joint nomination under "Malaysia and Singapore" and not "Singapore and Penang" as Unesco required joint nomination from countries, cities or cities which are of equal status. 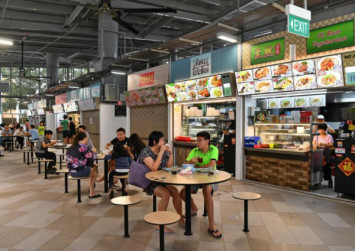 In 2008, George Town and Melaka were jointly inscribed on the Unesco's World Heritage List in 2008 after both cities collaborated in the nominations. Both are under the same country.

Mr Yeoh has since written to the National Heritage Department in March to propose that the department recommend hawker culture in Penang.

Singapore has filed the nomination to inscribe its hawker culture on the Unesco Representative List of the Intangible Cultural Heritage of Humanity last month.

The move to do so was announced in August last year. 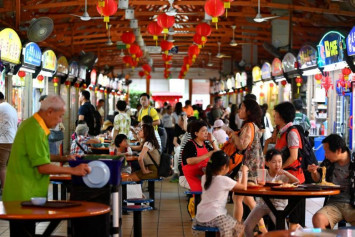 Key characteristics of Singapore's hawker culture include hawker centres serving as community dining spaces for all, and how they are a reflection of Singapore's multicultural society. Other features are Singapore hawkers' mastery of culinary skills and how hawker culture thrives in a highly urban environment.

Mr Yeoh expressed hopes that the National Heritage Department would look into his proposal and he would follow up on the matter.

"The setback for joint nomination is one country's status would be affected if the other country does not keep up with maintenance," he said.

Mr Yeoh raised the issue in his reply in Penang state assembly.

Penang assemblyman Lee Khai Loon said the Penang state government should be aggressive in its follow-up on the matter with the federal government and National Heritage Department to avoid Singapore getting listed alone.

"The state government proposes to implement the service assessment system to rate services, hygiene and food under the Penang tourism development blueprint so that the tourism services and hawkers' services can be upgraded."

"While promoting hawker culture, the state government should pay attention to food quality and hygiene and draft relevant regulations for food safety such as requiring participants to attend food management course and vaccination," he said.