Malaysia redraws anti-smoking bill amid concerns over loss of rights

Malaysia’s proposed anti-smoking law aims to phase out cigarette smoking by criminalising it for everyone born from 2007 onwards.

Malaysia has returned to the drawing board after an ambitious new bill for a smoke-free future faced strong resistance in parliament and from the public over regulations that would grant officials broad enforcement powers, which critics argue could infringe on civil liberties.

The Tobacco and Smoking Products Control Bill 2022 – more popularly known as the generational endgame to smoking – aims to phase out cigarette smoking as well as vaping by criminalising it for everyone born from 2007 onwards, creating a new generation of smoking-free citizens.

It remains legal for those above the threshold age.

Health Minister Khairy Jamaluddin told parliament on Tuesday (Aug 2) that the bill would be sent to the parliamentary select committee for further scrutiny – instead of putting it to vote as planned – after agreeing that there are some shortfalls in its text, as well as provisions which need to be "tightened up".

"When the bill is tabled (again), in good conscience we can agree," Khairy said.

Some lawmakers vehemently oppose the bill, among them Bintulu MP Tiong King Sing who cited past failures in anti-smoking laws and the hardship such regulations could pose on his mostly rural and poor constituents.

Others, however, gave a more nuanced argument. 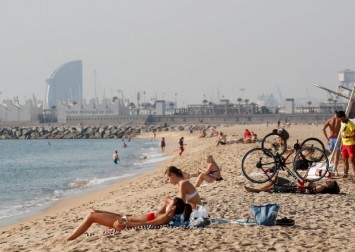 Former Prime Minister Mahathir Mohamad, 97, supported the bill but was concerned that the enforcement of the proposed law could infringe on personal liberties and cause fear even among non-smokers.

As it stands, the bill allows for enforcement agents to enter premises without a warrant – including private homes – if they suspect an offence has been committed, as well as access to computerised data, such as passwords for locked devices.

"Even though I support this bill, the concern raised in this hall needs to be taken into account," Mahathir said.

On the opposite end of the age spectrum in the parliament, former Youth and Sports Minister Syed Saddiq Syed Abdul Rahman, 29, similarly called for the bill to be sent to the committee for improvement, saying its spirit could still be upheld without the worrying enforcement elements.

"That is how bipartisanship works," he said.

The government has been accused of seeking to bulldoze the bill, in the works for more than 13 years, through parliament by giving lawmakers only four days to debate it.

This is contrasted with a similar bill in the New Zealand parliament, which allows lawmakers there four months to deliberate on it before it gets voted on. 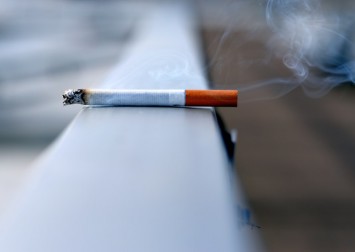 The comparison with New Zealand also shows a stark difference in the way the two former British colonies seek to arrive at their common goal, with Wellington focusing on criminalising the sale, supply and delivery of tobacco products while Kuala Lumpur punishes the act of smoking and possession of said products by its citizens.

Access to residential dwellings is only permitted with the consent of the inhabitants.

"Is it right for Malaysian MPs to support a bill without much deliberation in the name of good intention?" she said.

Proponents of the bill, including prominent healthcare experts, however, questioned the resistance to what is essentially a noble cause for public health.

Some argued that the naysayers were "fearmongering" and insinuated that dissenting lawmakers were parroting tobacco companies' narratives.

The opportunity to pass the bill under a government with the political will to do so should not be squandered, they added.

"This is the first time that it made it to parliament. We need to go all out! Fight for our kids, grandkids, and future generations. For a healthier and better future!" tweeted Norhayati Rusli, director of the disease control division at the Ministry of Health.

The legal and medical communities have also been at loggerheads over the bill, with disagreements ranging from respectable and reasonable arguments to outright name-calling between the two groups.

Lawyer Ainie Haziqah, from the youth-focused Malaysian United Democratic Alliance, questioned the argument from the medical experts that paints everyone who raises concerns over the bill as being against it and pro-tobacco.

"It is not about going against [the bill]. People are voicing their concerns on the methods, the tendency for abuse of power, children's rights," Ainie said.

Read Also
Time to do more to stub out smoking in Singapore? Here's what experts say 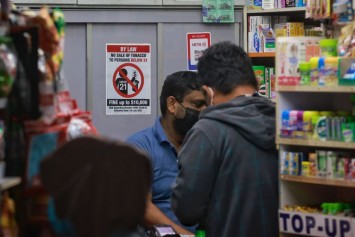 Rafidah Abdullah, a kidney specialist and regular voice in the Malaysian public health scene, pushed for the bill to be passed as is and accused those who complained of not reading the entire 50-page document.

"I see politicians twisting here and there. Please, this is our plea, the professionals. This is not a political game," she said, and invited Syed Saddiq to come and see the ravages of smoking on patients in hospital.

Syed Saddiq accepted her invitation and, in return, offered to take her to detention centres to meet victims of abuse of power, who have been "thrown in jail for questioning authorities".

"My asking for it to be scrutinised does not mean I want people to smoke freely," he said.

"Don't guilt-trip people who ask for a better law."

The bill has also sparked unhappiness among many Malaysians, who have endured what they see as "heavy-handed" health-related enforcement actions during the Covid-19 lockdowns.

"Absolutely no way they should be able to enter private residences and check computers," said netizen Li Keng Ji.

"The people have suffered enough from heavy-handed enforcement."