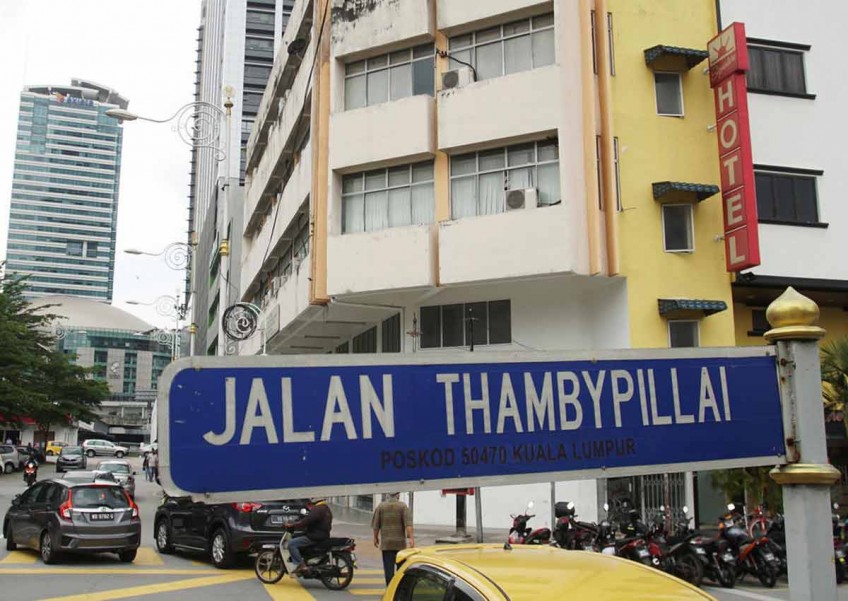 A general view of the building that housed Glocom's offices in Kuala Lumpur.
Reuters

The comments come after Malaysia's foreign ministry this month rejected suggestions it may have violated U.N. sanctions on North Korea.

Ties between the two countries have been strained since the Feb. 13 murder of the estranged half-brother of North Korean leader Kim Jong Un at the airport in the Malaysian capital of Kuala Lumpur.

On Monday, Inspector-General of Police Khalid Abu Bakar said authorities at Port Klang outside Kuala Lumpur had seized 250 kg (551 lb) of the equipment, manufactured by Glocom, identified in a Reuters report as running an arms operation out of Malaysia.

The shipment's intended recipient, however, could not be traced and the equipment was returned to Pyongyang, Khalid told reporters at a news conference in the southern state of Johor, bordering Singapore.

"After investigations, the recipient in Thailand was found not to exist," he said in a video recording of the conference seen by Reuters.

"So we blocked the shipment from entering Malaysia and from being sent to Thailand."

Glocom sold battlefield radio equipment in violation of United Nations sanctions, according to a U.N. report submitted to the Security Council. A 2009 resolution of the U.N. bans North Korea from exporting arms or related military equipment.

Reuters found that Glocom advertised more than 30 radio systems for "military and paramilitary" organisations on its Malaysian website, which was taken down late last year.

Khalid said the two front companies had tried to sell Glocom equipment in Malaysia, including to the police and the army, but did not succeed.

Glocom had also exhibited at Malaysia's biennial arms show, Defence Services Asia, in 2012, 2014 and 2016, without receiving any orders, he said. He did not say how Glocom had been able to bring its exhibition products into the country.

"This company never sold any weapons in (Malaysia)... not one weapon was sold," he said.

Khalid said International Global System was set up in 2005 by Malaysian and North Korean shareholders. It closed down in 2012 to be replaced later that year by International Golden Services.

Last month, police said both companies were being struck from the Malaysian company registry.