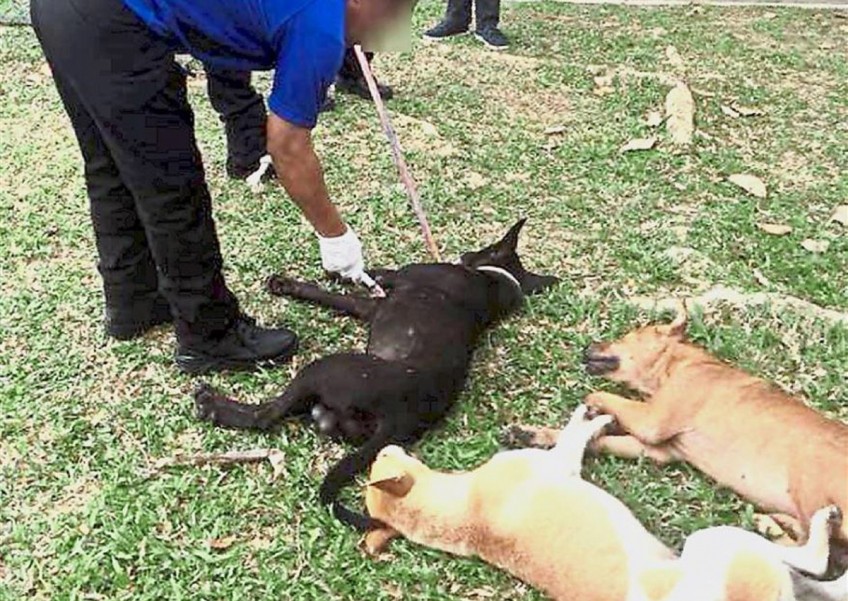 SEREMBAN - Operations to euthanise stray dogs in the state have been halted indefinitely after the authorities were criticised by several quarters for publicly putting to sleep eight canines caught in a residential area.

Seremban Municipal Council president Datuk Zazali Salehudin said his officers would now catch the strays and hand them over to non-governmental organisations.

"Since we do not have a pound, we will catch the strays and hand them over to the NGOs.

"This way, we will not have to euthanise these strays," he said when contacted.

"We know this is a sensitive issue as it concerns animal welfare.

"We are also aware that many parties such as NGOs, animal activists and groups were upset and would like to apologise to all of them," they said in a joint statement.

Following complaints, an operation was carried out to round up the strays.

But pictures of the canines being euthanised went viral, drawing flak from many quarters.

In explaining the issue, Zazali and Dr Zul Edham said they took action after getting plenty of complaints on strays from residents.

"We had almost 1,000 complaints from Seremban and Nilai and only managed to resolve 6 per cent of the cases.

"So operations were conducted in high risk areas such as near schools and areas where there were reports of people getting bitten by stray dogs," they said, adding that the procedures to round up stray animals would be reviewed to prevent a recurrence.

Mentri Besar Aminuddin Harun said NGOs and animal lovers should be fair and realise that dogs were a sensitive matter to Muslims.

"We have been getting many complaints from residents in areas with almost 100 per cent Malays.

But Aminuddin also agreed that the authorities should keep the strays in a pound for seven days to allow their owners to claim them before further action.

"Since we do not have our own pound and lack funding, we are unable to care for these strays," he said.

State Women, Family and Welfare Committee chairman Nicole Tan Lee Koon said she would help by getting a plot of land to house these strays.

"I have found a site in Mutiara Galla and I am working on getting it fenced up with kennels.

"This will be a temporary pound for these strays until the department builds one in Bukit Pelanduk," she said.