For the second time this year, Malaysia has summoned the Chinese envoy in the country to protest Beijing’s activities in the disputed South China Sea, where the Southeast Asian nation has considerable oil and gas fields.

In a four-paragraph statement released late on Monday, the Malaysian Ministry of Foreign Affairs said that Chinese ambassador Ouyang Yujing was summoned “to convey Malaysia’s position and protest against the presence and activities of Chinese vessels, including a survey vessel, in Malaysia’s exclusive economic zone off the coasts of Sabah and Sarawak”.

“The presence and activities of these vessels are inconsistent with Malaysia’s Exclusive Economic Zone Act 1984, as well as the 1982 United Nations Convention on the Law of the Sea (Unclos),” the statement said.

It added: “Malaysia’s consistent position and actions are based on international law, in defence of our sovereignty and sovereign rights in our waters. Malaysia had also protested against the previous encroachments by other foreign vessels into our waters.”

The protest came a day after Prime Minister Ismail Sabri Yaakob – who took office in August – said in an interview the government would not “compromise on sovereignty” relating to the sea dispute.

The prime minister presides over a fragile alliance made up of members of his own United Malays National Organisation, his predecessor Muhyiddin Yassin’s Bersatu party, as well as the governing alliances in Sabah and Sarawak – the two semi-autonomous Malaysian states on Borneo.

The Sabah deputy chief minister, Jeffrey Kitingan, had on Saturday called on the federal government to summon the Chinese envoy and raise the matter of persistent Chinese presence in the Malaysian exclusive economic zone at the United Nations .

Officials have long complained about Chinese coastguard vessels loitering around the South Luconia Shoals off Sarawak.

As granted under Unclos, Malaysia claims waters in the South China Sea that extend 200 nautical miles from its coast. This includes an extended continental shelf claim it jointly submitted with Vietnam in 2009.

Malaysia also lays claim to 12 islands in the Spratlys archipelago, and occupies five.

China rejects these assertions and instead lays claim to over 85 per cent of the resource-rich waters under a so-called nine-dash line boundary, citing historic rights over the area.

Other Southeast Asian nations, including Vietnam, Brunei and the Philippines, are also party to the dispute and the 10-nation regional bloc, Asean, is currently negotiating a code of conduct with China regarding the row. 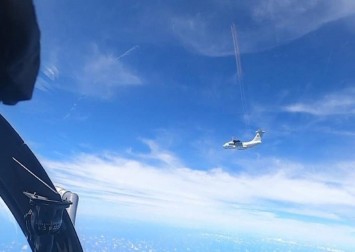 Monday’s démarche was Malaysia’s second this year. In June, it summoned ambassador Ouyang after 16 Chinese transport planes flew close to Malaysia’s national air space without prior notification, a move that triggered Kuala Lumpur to scramble its own fighter jets.

Later, both sides indicated the incident would not mar their otherwise balmy bilateral and trade ties. China was among the early contributors and donors of Covid-19 vaccines to Malaysia.

Despite being seen for years – through its public statements – as a more dormant claimant in the South China Sea dispute than other states such as the Philippines and Vietnam, Malaysia has found itself thrust into the spotlight recently.

In April and May last year, for instance, the West Capella oil exploration vessel contracted by Malaysian state energy firm Petronas was embroiled in a stand-off with Chinese coastguard vessels – an episode that briefly attracted the attention of other players, with the US and Australia holding military exercises in the area as a show of force towards China.

In the statement on Monday, the Malaysian foreign ministry said that “in determining Malaysia’s position and course of action with regard to the South China Sea issue, which is complex and involves interstate relations, Malaysia’s national interests will remain of paramount importance”.

It added: “Malaysia reiterates that all matters relating to the South China Sea must be resolved peacefully and constructively, in accordance with universally recognised principles of international law, including the 1982 Unclos”.