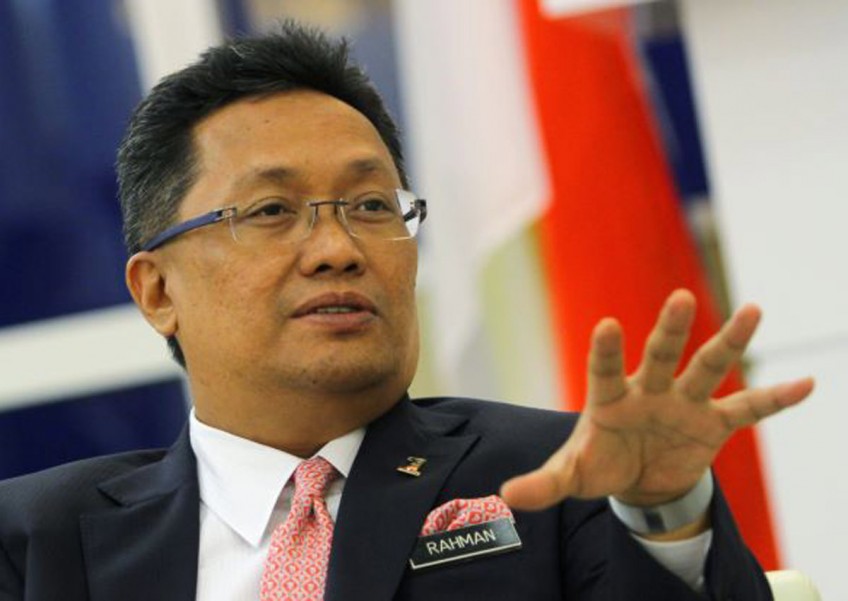 PUTRAJAYA: Datuk Abdul Rahman Dahlan (pic) is suing an online portal ‎for distorting his statement, resulting in him being ridiculed and criticised on social media.

The Urban Wellbeing, Housing and Local Government Minister has initiated legal action against Malaysiakini, claiming that the portal had gone beyond reasonable journalistic ethics in its reporting and had damaged his reputation.

"I agree that the media, including online portals, is an institution of check and balance‎. They are responsible to report transparently. They can criticise but it should be done constructively and for the good of everyone," he said.

Abdul Rahman said that at the World Town Planning Day on Nov 3, he had touched on how cities could be resilient in facing social and economic pressures, such as pollution, public transportation, cost of living, affordable homes and food security.

He was later asked by reporters on toll increase and on migration from urban to rural areas due to high cost of living.

"On the issue of toll, I stressed that where there are toll roads, there will be alternative routes that are toll free. I had said that if we take the alternative road, we will face delays due to traffic jams and having to stop at many traffic lights. ‎Hence, we will have to invest time to reach the destination.

"Unfortunately, my response to the media was misconstrued. The public was of the opinion that I had asked them to wake up early if they refuse to pay toll. As a result, I became a target of public anger and criticism, especially among netizens," the minister said.

Abdul Rahman said he had never made such a suggestion but said that if the public choose to ply toll-free roads they would have to invest more time, including having to wake up early, or wake up at their usual time but start their journey early.

On the issue of reverse migration, the minister said his view was that the migration from rural areas to cities had happened so fast and put pressure on municipal systems such as housing, transportation, health and education.

He pointed out that governments around the world supported the reverse migration concept, adding that he had also pointed out that life in rural areas or villages had improved tremendously.

"Unfortunately, Malaysiakini chose to upload a voxpop video‎ containing an edited version of my statement on reverse migration. It portrayed me as being insensitive and became a joke in the social media to insult me.

"As a result of the voxpop, I again became a victim of public ridicule (by people) who did not receive complete information from Malaysiakini. Even though online media is close to my heart, what Malaysiakini had done is beyond reasonable journalistic ethics and damaged my reputation," he said.

Abdul Rahman said he had instructed his lawyers to initiate legal action against Malaysiakini, adding that this should serve as a reminder to online media‎ to be professional, not to compromise facts and not to insult anyone.