Malaysian ad implies being slim and fair is what you need to keep your husband, and commenters agree 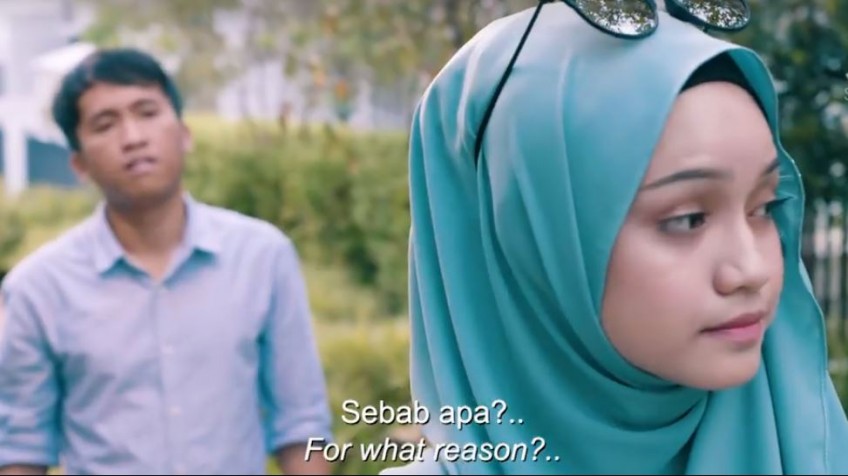 Women can only hold on to their husbands if they are slim and fair-complexioned - that seems to be the message of an ad in Malaysia for skin whitening and slimming product, Slimme White.

In fact, as many ads go, being skinny and fair-skinned is the panacea for most of life's problems, especially when it comes to relationships - but we'll come to that later.

So in this four-minute-long ad, we see a desperate, crying wife who's chased out of the home by her husband after he divorces her.

In a series of flashbacks, we see how her husband has changed before and after marriage, from the sweet loving boyfriend who will take care of her when she's sick, and cook for her if she doesn't know how....

To a heartless husband who won't take his wife to the doctor when she's sick and raises a ruckus (water is thrown on her) when the food she's cooked is not up to his standards. If that's not emotional abuse, we don't know what is.

After reminiscing on the good ol' times and bemoaning how it's all gone south, the woman - let's call her Abused Wife (AW) - then goes to the home of an older friend for solace, where said friend introduces her to a mysterious product - Slimme White.

The friend encourages her to consume the bottle of liquid without actually telling her what it's for. Personally, that's just creepy and I'd run for the hills at this point. But maybe AW was too distraught to think straight.

The frame then cuts to a month later, where the newly slim and fair AW (who has literally transformed into a different person as she's played by another actress altogether), saunters down the street and catches the eye of, you guessed it, her ex-husband, who miraculously is able to recognise her.

As predictably as TV dramas go, husband regrets ever divorcing her and pleads for her return, but she rejects him, wishing him happiness as she goes along her way.

The story fades off before lines of text appear in Malay, which we've translated as:

"Treasure the people we love before we lose them forever. It's not that our wives are not pretty, it's only because they are too busy taking care of the family and doing the housework."

The frame then cuts to the product with the tagline "Slimme White - Helps to bright skin and for weight loss".

One might think it's tone-deaf and inappropriate to use the topic of marital strife and domestic abuse as a platform to sell your product, but strangely enough, it has worked.

The ad, posted on Slimme White's Facebook page on Sept 25, has so far garnered an impressive 5,800 comments and over 30,000 shares.

Amazingly, a majority of commenters focused on the narrative - with some (yes, even women) agreeing that yes, that's what happens when people get married, and this is why you shouldn't neglect your looks after marriage. Seriously?

Only one user brought up the salient point of how the advertisement's message is misogynistic and misplaced, not to mention shallow:

Controversial advertisements touting skin whitening products are not new to the country, the most recent being Watson Malaysia's 'black face' ad accused of perpetuating the 'fairer complexions are better' stereotype.

But judging by the response to this latest one so far, it's a win for Slimme White, and a zero for womenkind.