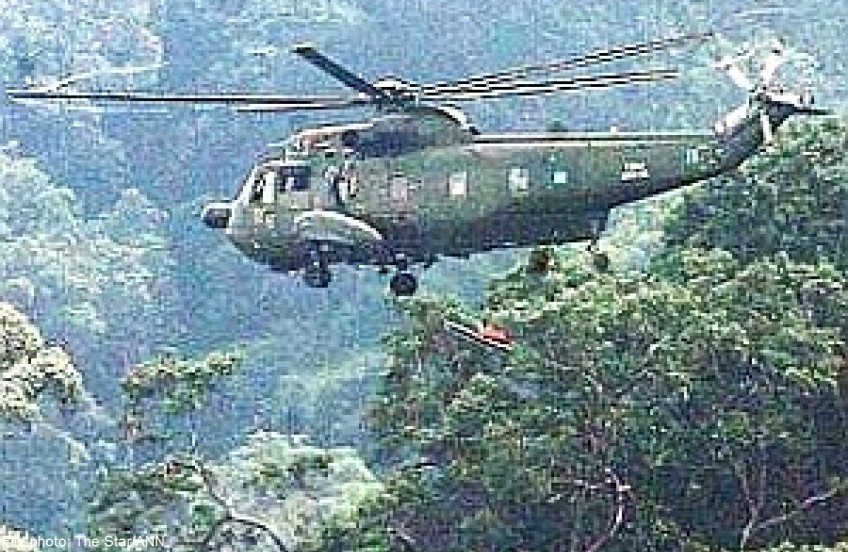 The 48-year-old choppers which recorded an average of just 14,000 flight hours compared to other countries which have used it over 60,000 flight hours, are still able to serve for another 15 years.

LANGKAWI - It was a historic moment for the Malaysian Army when it received the Sikorsky S61A-4 Nuri helicopters from the Royal Malaysian Air Force (RMAF).

The RMAF has given 12 of its 38 Nuri helicopters to the Malaysian Army, as the former has been replacing the Nuri with 12 French-made EC725 Cougar helicopters since December 2012.

In a statement by the Malaysian Army, it stated that the Nuri helicopters, which started its service in the RMAF from 1967, were involved in troop deployment and medical evacuation, as well as search and rescue operations.

The 48-year-old choppers which recorded an average of just 14,000 flight hours compared to other countries which have used it over 60,000 flight hours, are still able to serve for another 15 years.

In a simple ceremony yesterday, the RMAF handed the first two Nuri helicopters to the Malaysian Army on the tarmac outside the Mahsuri International Exhibition Centre here, in conjunction with the Langkawi Inter­national Maritime and Aerospace Exhibition 2015.

Jen Raja Mohamed Affandi said the helicopters would be based in Butterworth, Penang, and the army was considering placing them in Kuantan, Pahang, due to the facilities there.

"We are in the process of upgrading the analogue cockpit to the glass cockpit for better operations and to increase the ability of the helicopters," he said.

For Hishammuddin, it was a memorable moment as it was his late father, the former prime minister Tun Hussein Onn, who decided to purchase the Nuri choppers back then.

"The handing over of these 12 Nuris are the way forward with the co-operation between the RMAF and the Malaysian Army, as well as the procurement of EC725 Cougar helicopters," he said yesterday.