KANGAR - A once-bustling town with rows of famous shops, fashioned out of corrugated sheets and bursting with Malaysian goods for Thais to buy, Wang Kelian is now like a ghost town.

Piles of rubbish, likely left there since 2015, are still in the corners.

Gone are the days when it was a "smiling border crossing", with Immigration officers on both sides happily waving Thais and Malay­sians through by the thousands to go shopping on each other's lands. 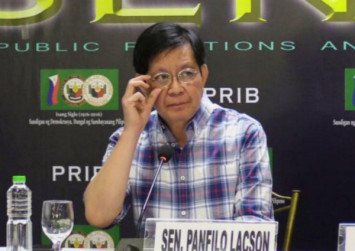 Thais could walk into Malaysia without showing a single document, but could not go beyond a 1km radius on Malaysian soil. A second Immigration control post on the road at the end of the 1km radius made sure of that.

This happened from 8am to 7pm daily, and both nationalities needed to return to their own land on the same day.

Very few border crossings like this exist in the world.

When it was discovered that human traffickers had abused this neighbourly, transnational gesture and used the porosity of the border to smuggle in Rohingyans, Bangladeshis and other illegal immigrants, both sides stopped the free movement facility on April 1, 2015.

The effect has been devastating to the Wang Kelian's local economy.

The Star visited this border town and found that the population had shrunk tremendously.

The shutter doors of shops in the sprawling Wang Kelian Day Market Arcade are almost all closed, with only two sundry shops open, probably to serve the Border Security Agency (Aksem) guards and Immi­gra­tion officers posted there.

"You are journalists? Why do you all still come here? We still get foreign journalists driving all the way here sometimes but there is nothing to see anymore," an Aksem guard said at the checkpoint.

But despite the desolation, there was still a sight to behold.

A Malaysian lorry stopped at a parking lot and workers took out bags of onions from India, which they loaded into 14 squat pickup trucks with Thai registered plates.

The way the Thais filled their pickup trucks with the onions was astounding, so heavily loaded that the trucks' rear leaf springs were almost bent downwards with the tyres nearly touching the truck body.

The trucks groaned as they inched towards the Malaysian Customs and Immigration checkpoint. 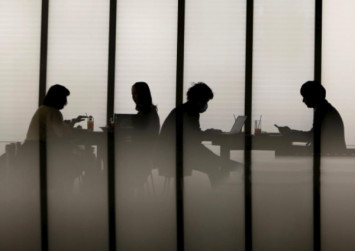 "Satun (a Thai town near the Perlis border) is far from Thai ports where onions are imported. It is cheaper to bring it through Malaysia," said the Aksem guard on duty.

The closed shops are now storehouses full of all manner of Malaysian products and traders from here go to Wang Prachan Day Market to sell them.

"But Thai Customs and Immigra­tion harass us now.

"Not like those days. We miss the happy days when everyone could freely cross the border," said a man taking goods out of one of the shops.

They found mass graves filled with those who died during the harsh journey from Thailand into Malaysia. More than 100 skeletal remains were exhumed.

A Royal Commission of Inquiry is now being held to probe into the actions of authorities in relation to the camps and mass graves.