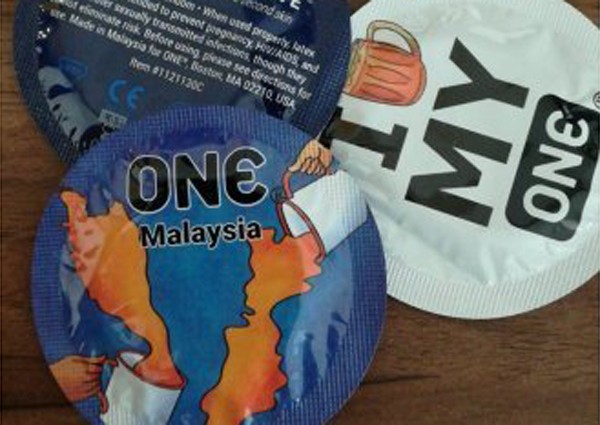 PETALING JAYA - A Malaysian condom manufacturer has added the country's favourite drink, teh tarik, or hot milk tea, to their list of flavoured condoms.

ONE Condoms' new product offers condom connoisseurs a "less sweet" option - in case they are worried about their sugar intake, reported the Malay Mail online.

Aficionados who cannot get enough of the delicious taste and aroma of Teh Tarik, can now enjoy it while having sex, the Mail reported.

The Teh Tarik Kurang Manis (less sweet) condom is described on the company's website as "aromatic, delicious and tantalising".

The new flavour's arrival comes on the heels of Malaysia's 61st Independence Day and is intended to celebrate the nation's common love for local cuisine, the Malay Mail reported.

"Teh tarik is a legendary quintessential Malaysian delicacy that is rivalled by no other," a ONE Condoms spokesperson told World of Buzz.

"Quite simply, teh tarik is the drink that brings Malaysians together. Now, it will bring Malaysians even closer - in the bedroom."

ONE Condoms has made headlines over the last two years as they debuted condoms with traditional Malaysian flavours such as nasi lemak and durian.

Goh Miah Kiat, CEO of Malaysian company Karex which manufactures ONE Condoms, told the media that the innovative flavours are part of the company's mission to make condom use more appealing.

ALSO READ: World population would be out of control without Malaysian rubber, jokes Mahathir

"We've spent so much over our years in the business in innovating products and trying to make things more fun," Goh told Channel News Asia in an interview last year.

"My job is to make condom use better than actually having sex without the condom," he said.