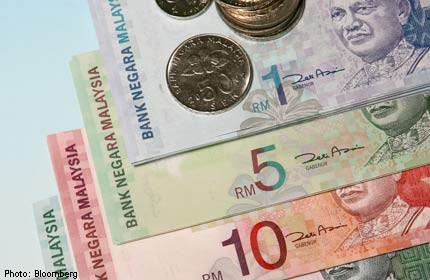 There is a sharp drop in the number of Malaysians who are confident of the government's anti-corruption efforts.

The latest survey by Transparency International-Malaysia's (TI-M) Global Corruption Barometer showed that police and political parties were perceived to be the two most corrupted institutions.

The survey also showed that Malaysians are losing confidence in the government's efforts to fight corruption.

The last survey conducted in 2010 showed that 49 per cent of the 1,000 Malaysians polled believed that the government was successful in combating corruption. But this figure fell to 31 per cent this year.

"Sometimes implementation by the government takes time," said Mr Akhbar Satar, the president of TI-Malaysia chapter, in response to the drop in public confidence.

"Corruption goes on because the public is still willing to give bribes."

But Mr Akhbar said that only three per cent of the people surveyed paid bribes in the last 12 months, a figure that he insisted is lower than that for Thailand (18 per cent), Indonesia (36 per cent) and the Philippines (12 per cent). Malaysia recorded an even lower figure in 2011 at 1.1 per cent.

"Malaysia is in the three per cent bracket group with Norway, New Zealand and Canada," Mr Akhbar was quoted as saying.

The poll by the Malaysian arm was done between last September and March.

Malaysians were also asked if they believed that the level of corruption had increased - 39 per cent agreed, compared with 37 per cent in 2011.

Mr Akhbar, a former official with the Malaysian Anti-Corruption Commission, was elected as president in May after former president, Mr Paul Low, left to take up the post of Minister in the Prime Minister's Department.

Meanwhile, Tuesday's announcement in Kuala Lumpur came amidst a row within TI-M. The press conference was disrupted when an executive committee member stopped outgoing secretary-general Josie Fernandez from offering comments on the survey.

Ms Fernandez, however, brought up the irregularity between the low petty corruption figure and the public's low confidence in the government.

She said: "The three per cent and the 31 per cent doesn't match up.

"I believe that the statistics reflect the government's inability to efficiently deliver service to the people," she said.

"The reason for bribery is because people need to pay to get service (fast)."

"Singapore performs better because they are efficient in delivering services. There's no need for the people to resort to bribery," quipped Fernandez.

The public's lack of trust toward political parties was attributed by the heightened attention the parties received in the run-up to the last polls.

"The survey was done before the elections so people probably perceived that corruption was high," said the watchdog's new secretary general, Loi Kheng Min.

Loi reiterated that it was a qualitative survey on the public's perceptions, thus it is difficult to determine reasons behind the figures.

However, the credibility of the Malaysian chapter of Transparency International as a non-partisan organisation is now questioned by Fernandez.