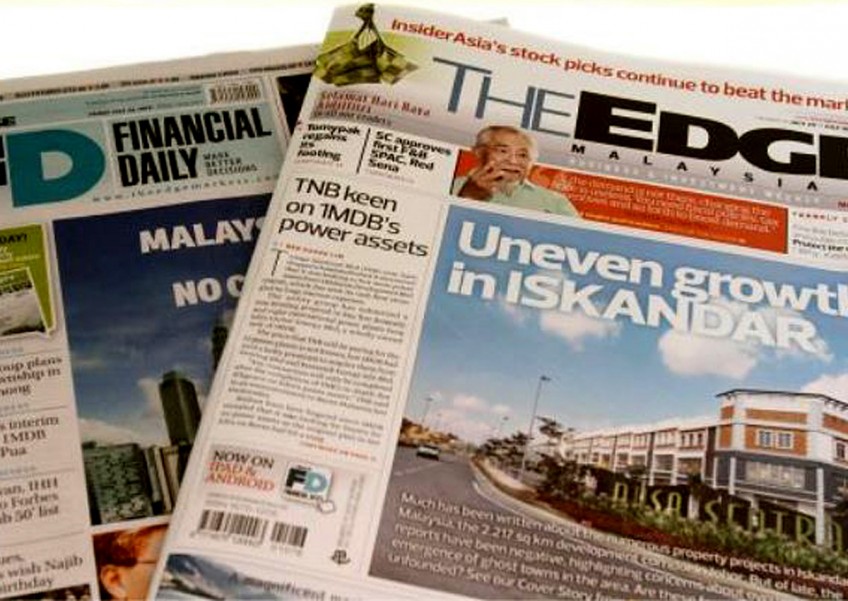 The Edge Weekly and The Edge Financial Daily have had their three-month suspension orders quashed by the High Court.
The Star/ANN

KUALA LUMPUR - Malaysia's high court yesterday quashed the three-month suspension order imposed by the government on The Edge Weekly and The Edge Financial Daily in late July over their aggressive reporting on financial irregularities linked to Prime Minister Najib Razak.

Judge Asmabi Mohamad said yesterday that the ban was "tainted with illegality" as the home ministry failed to specify the "undesirable" articles said to have appeared in the two publications, reported news website The Malaysian Insider.

In July, the government lashed out at critics after nearly US$700 million (S$986 million) were found to have been deposited into Mr Najib's personal bank accounts, reported Agence France-Presse.

As wild allegations flew, the two publications, which have scrutinised 1Malaysia Development Berhad - the state investment agency set up and overseen by Mr Najib - for fraud since 2009, were suspended.

According to the lawyer of The Edge Communications company, the two papers could immediately resume publication.