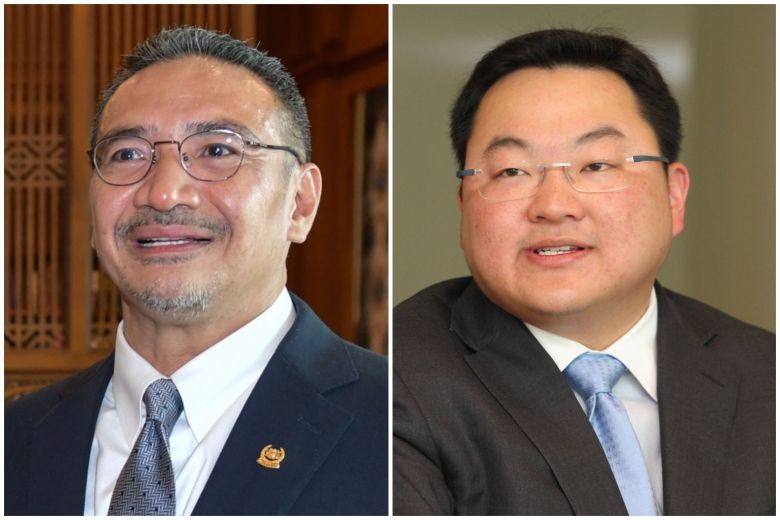 Former defence minister Hishammuddin Hussein said he would use his previous contacts and links with the Chinese government to try and bring back Jho Low.
AFP, The Straits Times

KUALA LUMPUR - Malaysia's former defence minister Hishammuddin Hussein has offered in his personal capacity to try and bring fugitive financier Low Taek Jho back to Malaysia, vowing to do so "until the end of the world".

Hishammuddin said he would use his previous contacts and links with the Chinese government to try and bring back Low, also known as Jho Low, if he is in China.

"It has nothing to do whether you are from the opposition or the government, this is about justice," he told reporters at the Parliament lobby on Monday (Oct 22).

Hishammuddin added that if Low wants to clear his name, he should come back.

"I will go after him until the end of the world.

"I will do my utmost to make sure he faces the music, then only can the country find closure and move forward," he said.

Inspector-General of Police Mohamad Fuzi Harun has said that the police are seeking the assistance of Interpol to locate Low.

Prime Minister Mahathir Mohamad had alleged that sabotage within the government was among the reasons why it was difficult for Malaysia to pin down and arrest Low.

Hishammuddin said that Low was essential to the 1Malaysia Development Berhad (1MDB) investigation.

Asked if Putrajaya has sought his help, Hishammuddin said it hadn't, adding that he was offering to do this in his personal capacity.

"I will continue with my efforts, I am not bound by anybody or requested (to do so) by anyone.

"I want to know the truth and find an end to the 1MDB controversy.

"This is not something simple, it is complex. Nobody here can prove his (Jho Low's) direct involvement," he added.

Asked if he was confident of bringing Low back, Hishammuddin said it was just an independent effort through the help of his contacts and friends in China.

"If it is true he is in China, I will use my networking," he said.