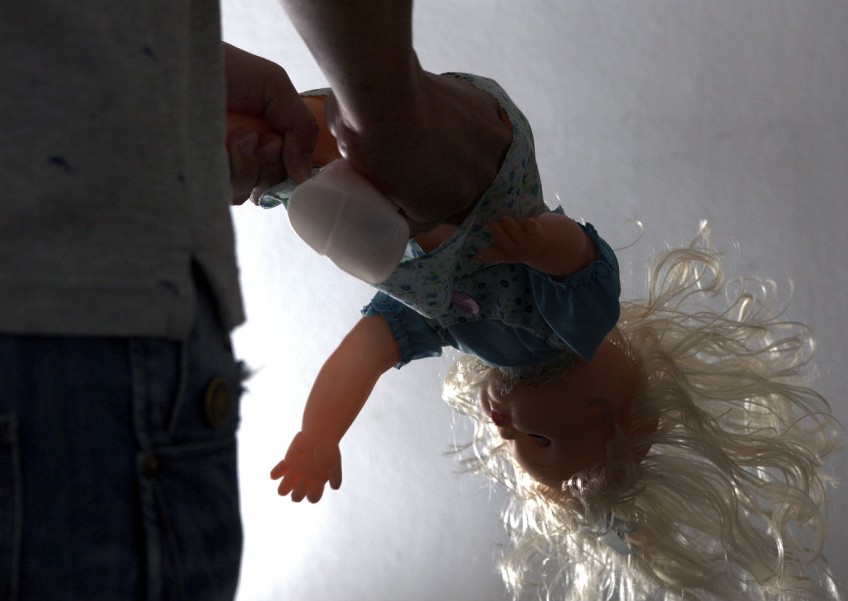 KAJANG - A 32-year-old man has been detained for allegedly sexually assaulting his three young daughters.

It is learnt that the daughters, aged one, three and five, complained that their father had repeatedly assaulted them by inserting his fingers into their private parts.

Their mother, a 32-year-old marketing executive, only found out about it after the three-year-old victim told the grandmother on Oct 16.

Kajang OCPD Asst Comm Ahmad Dzaffir Mohd Yussof said the three-year-old girl told the mother that their father had inserted his finger in her vagina and anus.

"That revelation led to the other girls telling their mother that they were also assaulted by their father in a similar manner.

"The mother only lodged a police report on Oct 23 after gathering all the information from her daughters," he said when contacted on Wednesday (Oct 31).

He added that the couple had been married for about eight years and had four children, including a seven-year-old boy.

"Initial investigations revealed that the three-year-old girl had told her grandmother of her father's assaults in 2017 but no one believed her," he said.

ACP Ahmad Dzaffir said the three girls had been sent to Kajang Hospital for checks.

"Doctors discovered old tears on the victims' vaginas but there were no signs of assault on the anus," he said.

The father was arrested at about 7.45am on Oct 25 at his workplace in Sungai Long.

"He was remanded. and we have since forwarded the investigations papers to the Deputy Public Prosecutor with the suggestion to charge the suspect under Section 14(a) of the Sexual Offences Against Children Act 2017," he said.

Those convicted can be sentenced up to 20 years in prison and whipping.