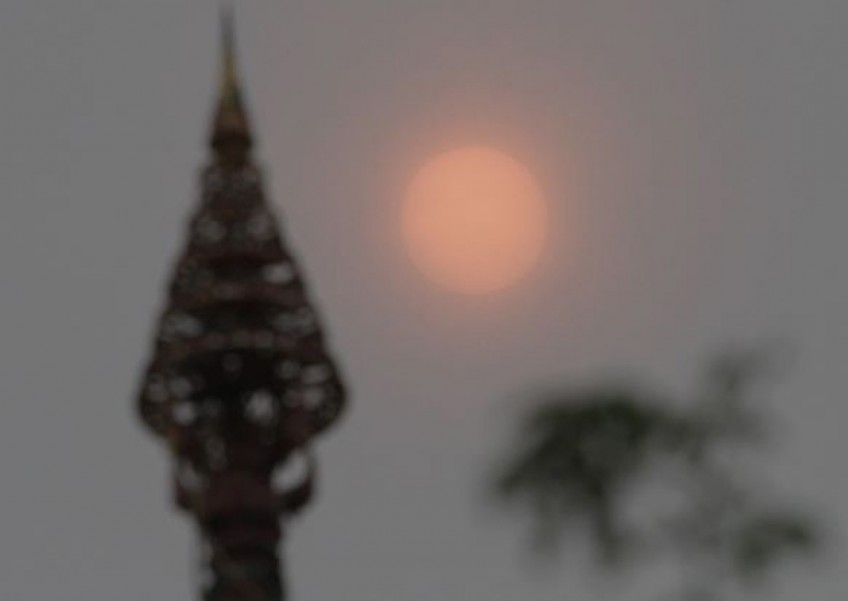 PETALING JAYA - A police report has been lodged over the Indonesian government's handling of the fires in Sumatra which has led to deteriorating air quality in Malaysia.

Tired of putting up with the unhealthy air quality, a 52-year-old businessman lodged the report at the Kepala Batas station on Wednesday saying the haze had reached intolerable levels and was affecting his family.

The man, who resides in Sungei Petani, wants the international courts to prosecute the Indonesian government and claim US$100 million (S$139.25 million) as compensation from the government for causing the haze.

The Air Pollutant Index in Kepala Batas showed a reading of 244 (very unhealthy) as at 9am on Thursday.

In the report, the man said he was in Kepala Batas town when he found the haze reaching intolerable levels.

He said the haze had worsened until the air quality became very unhealthy and he and his family could not breathe well.

"I wish to take action in the international courts and also claim US$100 million from the Indonesian government."

[[nid:225470]]
SUBSCRIBE TO OUR NEWSLETTER
Your daily good stuff - AsiaOne stories delivered straight to your inbox