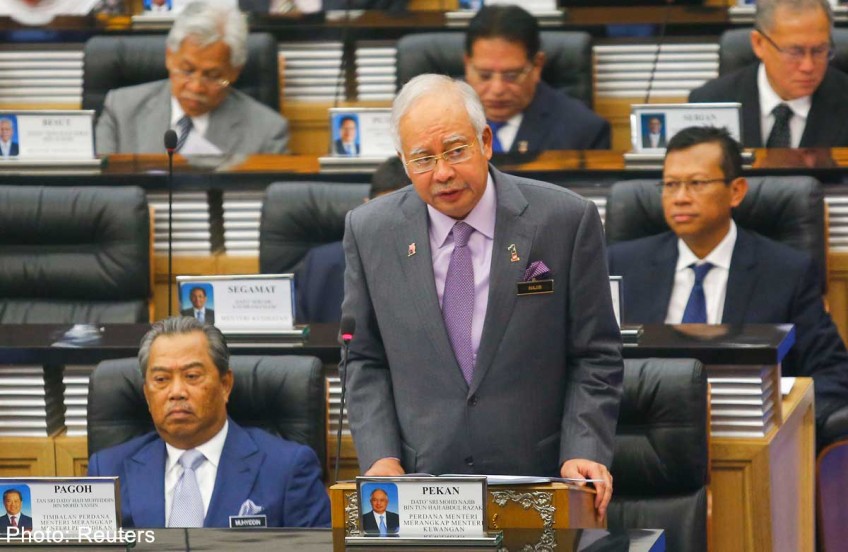 KUALA LUMPUR - Malaysia's bitterly divided political forces put aside their differences on Wednesday to denounce the attack on flight MH17 as a heinous international crime and call jointly for swift justice for those responsible.

"Shooting down a commercial plane like MH17 is a violent and cruel crime," Najib told the session of parliament in the capital Kuala Lumpur following a moment of silence in honour of the plane's 298 dead.

Najib, who on Tuesday announced a breakthrough deal with pro-Russian separatists in the crash zone to release passenger remains and the plane's "black box", also said he was "angry and disappointed" over delays in accessing the site.

The separatists "did not respect the site of the tragedy as a restricted area and did not follow international standards and norms to ensure evidence was not lost or contaminated," he said.

The delays and handling of evidence have raised fears of a cover-up.

Forty-four Malaysians died in the attack, which has shocked a country still coming to grips with the stunning and unexplained disappearance of Malaysia Airlines flight MH370 in March, which had 239 aboard, including 38 Malaysians.

MH370 helped to mute some of Malaysia's bitter political divisions, but the latest tragedy has contributed even further to a sense of national unity.

Anwar, a harsh critic of Najib who accused the Malaysian government of hiding information related to MH370's loss and possible complicity in that disaster, took the lectern to pledge backing for Najib on pursuing justice for MH17.

"(The Malaysian government's) negotiations with the rebels have invited controversy. But I congratulate Najib," Anwar said.

"Any responsible leader must choose to protect the interests of those lost." The United States and several other nations accuse the pro-Russia rebels of bringing down the aircraft, allegedly with a missile supplied by Moscow.

Najib, whose step-grandmother was on the flight, refrained from assigning blame until proof emerges, but said: "Whoever it is must be brought to justice." Following days of intense international pressure, the separatists have released passengers' remains and the plane's black boxes.

A Dutch-led international investigation team will probe what happened, Malaysia has said. Dutch travellers comprised 193 of those aboard MH17, which was flying from Amsterdam to Kuala Lumpur.