Malaysian gang leader turns out to be a sacked cop

KUALA LUMPUR - A former policeman turned to organised crime and became a gang leader after being sacked from the force.

The ex-cop, who went by the gang name of "Abang Long Balang", was arrested along with three other gang members in Banting on Saturday after a businessman, who ran a lorry company, lodged a police report about being extorted.

Selangor CID chief Senior Asst Comm Fadzil Ahmat said the 27-year-old businessman was summoned by the gangsters after they cornered one of his lorries and a driver around 3pm on May 17.

"When he arrived, Abang Long Balang threatened to beat him up if he did not pay monthly protection money.

"The businessman was then forced into a 4x4 vehicle with another man called 'Lan Taro' who demanded a payment of RM18,000 (S$5,900) every month or risk having all his lorries torched," he told a press conference at the Ampang Jaya police headquarters yesterday.

SAC Fadzil said Lan Taro was also one of the four arrested.

"We are now tracking several other gang members involved in this case. 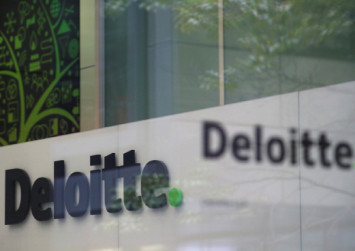 "Initial investigations show that the four are part of Gang 77 and Gang 30," he said.

Police managed to arrest these underworld criminals because the businessman was brave enough to make a report, he said.

"I want to highlight that we are very serious about eliminating underworld activity and urge anyone with information to come forward like this businessman," he said.Meanwhile, Ampang Jaya got a new sheriff in town with the appointment of Asst Comm Noor Azmi Yusof as its new OCPD.

He takes over from Asst Comm Hazmah Alias who is retiring.

"I look forward to serving the people in this district to the best of my abilities.

"One of the areas I am targeting is illegal gambling and I hope to get the full co-operation of the community in carrying out my duties," he said at the handing over of duties ceremony yesterday.

"The crime index so far this year has gone down by 12.04 per cent. I am certain that the new OCPD will continue to strive for further reduction of crime in the district," he said.