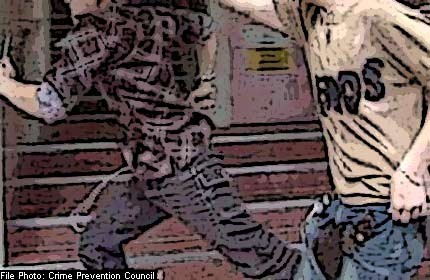 PETALING JAYA - Despite gangs preying on students in their "recruitment drive", it is fortunate that not all of those who are approached succumb to their overtures.

One student, Raj*, said he had been asked numerous times since he was in Form Two but he managed to refuse gang members every time.

"After school ended, one or two former students would be waiting outside the compound, scouting for those who could be 'useful'," he said.

Due to his physical size, Raj said gang members had told him he would be an asset to them.

"I politely told them I had to concentrate on my studies and make my parents proud," he said.

However, he said some of his friends fell into the circle and subsequently their studies suffered.

Another student, Gerald*, who is now pursuing a college diploma, said he was threatened by gang members who tried to force him to join them during his school days.

"They said that they would protect me from Malay and Chinese gangs if I paid them protection money," said Gerald, adding that they also wanted him to help them recruit others.

When he turned down their requests, the gang members made threats about harming his family.

"I wasn't afraid because of my father (who was a policeman). I felt protected all the time," he said.

One teacher from Ipoh was aware of the situation but she said the authorities could not do anything as these activities happened outside of the school compound and after school hours.

"Some students are good at keeping a low profile in school so that they do not become the target of a disciplinary query," she said.

She said there was no telling who would be targeted by the gangs.

"The main factor is home influence. Students who have a solid family foundation, a good religious background and are focused are able to reject the gangs," she said.

She claimed that many students these days lacked parental supervision and were easily influenced by their peers.

However, there can be no escaping the gangs sometimes.

The teacher spoke of one student who was happy to be part of a gang as he could make money easily.

She had spoken to him and asked him to leave the gang.

"He told me that his father was part of the gang and that he could never quit," she said.

(*Names have been changed to protect their identity.)