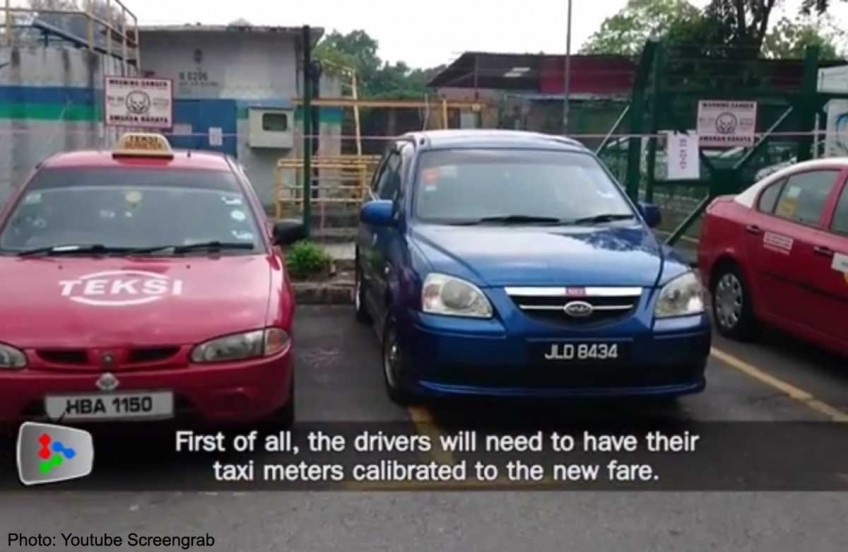 PETALING JAYA - The Government has decided to allow the fare hike for taxis, Minister in the Prime Minister's Department Nancy Shukri said.

"In line with the Cabinet decision, the taxi fare revision on Thursday remains in effect," she said in a statement yesterday.

Only the fare revision for express buses and rail services would be deferred, she added.

Under the increased rates announced by the Land Public Transport Commission (SPAD) last Thursday, the fare for budget taxis was set at 25 sen(S$0.1) for every 200m, as compared with 10 sen for each 115m previously.

Following the announcement, the Cabinet asked the Land Public Transport Commission (SPAD) to postpone the increase in public transport fares.

Deputy Prime Minister Tan Sri Muhyiddin Yassin had said that the timing of the fare hike was not right and would add burden to Malaysians.

But taxi drivers had been adamant in wanting the raise as many of them had already calibrated their meters to adjust to the new fares.

A group led by Metered Taxi Drivers Task Force chairman Amran Jan said more than 50 per cent of its 6,000 members had calibrated their meters for the new fares.

"The review is timely because we waited for more than six years for the new fares," he said.

Before yesterday's announcement, taxi drivers had appealed to the Government to cancel the proposed postponement of the fare hike, or provide them with subsidies to help ease operational costs.

Malaysian Taxi Drivers, Limousine and Car Rental Operators Association (Petekma) president Mohd Syahrir Abdul Aziz said at least 3,000 of their 23,000 members had already calibrated their meters for the new fares, at a cost of about RM120 each.