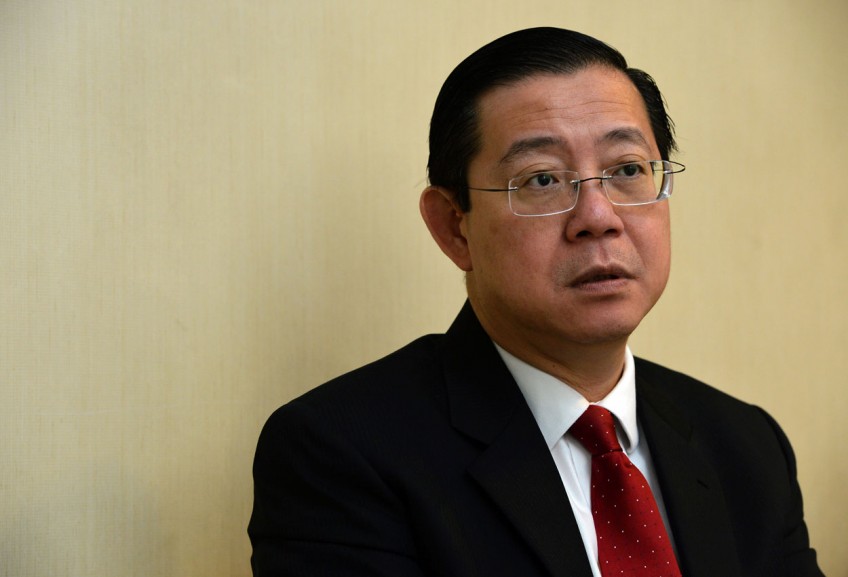 He said this sum represented payments made to the Chinese project contractor - China Communications Construction Co Ltd (CCCC) - totalling RM19.68 billion as advance and progressive payments up to Feb 15 this year.

"It must be stated that Malaysia Rail Link Sdn Bhd (MRL) will be able to recover RM10.02 billion in advance payments from CCCC if the project is cancelled.

"Thus, in the worse case scenario, the government can get back RM10 billion out of the RM19.68 billion that was paid," Mr Lim said when answering a question in Parliament on Monday (Oct 22).

Mr Lim reiterated that the project was put on hold by the present administration since July 3 to negotiate better terms.

He said that the actual cost of the ECRL was RM80.92 billion, and not RM55 billion as announced by the previous government.

He said four rounds of negotiations were held between the two companies, which also includes relevant bodies such as the Council of Eminent Persons, and its chairman Tun Daim Zainuddin.

"No agreement was made between Malaysia Rail and CCCC on how to lower the cost of the ECRL.

"Details of the negotiations must remain confidential, pending a final decision on the project," he added.

To a supplementary question, Mr Lim said it would be better to develop the Central Spine Road (CSR) if the ECRL is cancelled.

"If the government decides not to continue with the project, and I say if, as no final decision has been made, I would prefer to see the ECRL replaced by the Central Spine Road.

"This is because it would bring more benefit and good to the rakyat," he said.

Mr Lim said that this was his personal view and that it was up to the Cabinet to decide.

The CSR is a 411km toll-free road, linking Pahang and Kelantan, which is earmarked for completion in 2019.

The first package of the project, launched in 2015, costing RM130 million, was completed in March this year connecting Merapoh, Pahang and Kampung Relong, Kelantan.

Last October, the previous Barisan Nasional government had set aside RM230 million in Budget 2018 to continue the CSR project.