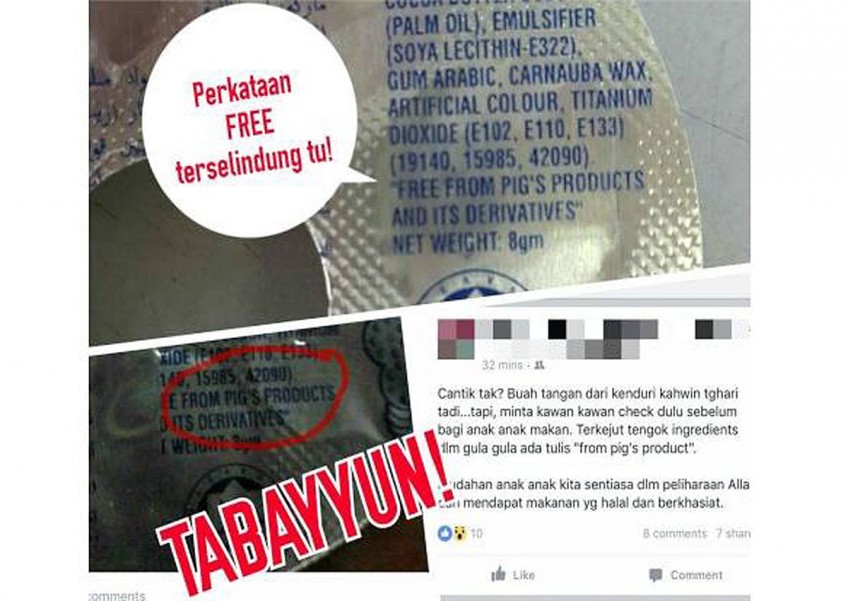 In a statement Monday, Jakim said the misunderstanding came about when a consumer did not read the label carefully, but spread the "information" on social media.

Facebook user Syahrizan Abd Rahman had uploaded pictures of the chocolate which he received as a gift at a wedding kenduri.

He then claimed that he was shocked after he checked the label and found that it had ingredients "from pig's products".

Jakim clarified that what was printed on the label was that the chocolate was "free from pig's products and its derivatives".

"Eyeglass with Candy chocolate is manufactured by Goodfood Industries Sdn Bhd which has a valid Malaysia halal certification," it said.

Jakim explained that in issuing halal certification, syariah specialists and food technologists consider each ingredient and the processes in manufacturing a product.

The department also called on consumers to be "well informed" before circulating and sharing a halal issue by referring to the relevant authorities so as not to promote slanderous information.

Jakim said consumers can check the halal status of products on its website at www.halal.gov.my or through its app Myjakim.

Consumers can also refer to Jakim's Facebook page should they have concerns on halal issues that have gone viral on social media.