KOTA KINABALU, Malaysia - An attempt to bring in syabu with a street value of RM1 million (S$330,000) as "holiday gifts" was intercepted by Customs officers.

A 38-year-old Malaysian was detained as he turned up to pick up the 26kg of syabu at a courier company, Sabah Customs deputy director Madrim Tasan said.

He said the drugs were hidden in tea packets and placed inside several boxes of baby diapers.

"He told us that the boxes from Kuala Lumpur were gifts sent for the year-end holidays," he told reporters yesterday. 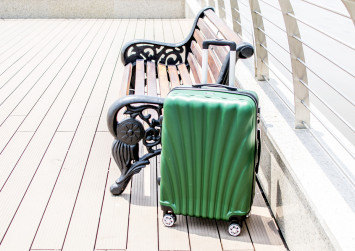 Madrim said that they had received information about the drugs arriving through a courier company to Sabah.

"We staked out and waited for him to come and pick it up," he said, adding that the man was arrested on Friday.

He has been remanded for further investigations until Jan 4.

This is the second biggest seizure of drugs this year, he said, adding that the biggest one took place in Sandakan in February when 103kg of drugs were seized.

A total of 13 cases were handled by the Customs Department this year. It involved drugs with a street value of RM9.2 million.