Malaysian man spends $64,000 on plastic surgeries to look like Squall from FF8

It is no secret that people are willing to spend a ludicrous amount of money to look more presentable or attractive.

However, this man from Malaysia takes it one step further by spending a whopping RM200,000 (S$64,300) on plastic surgeries to look like what he is today.

And you thought you spent too much in Sephora.

Amirul Rizwan Musa, 21, who goes by the name of Miyyo RizOne on Facebook, told Harian Metro in Malay that  he had gone for various plastic surgeries, including two done overseas, since he began his modelling career on 2014.

He was inspired by the character Squall Leonheart from the game Final Fantasy 8, he said.

He told Harian Metro that he did not expect to go viral. However, with fame follows the usual torrent of criticisms and hate.

"I have received numerous calls and messages continuously from the public who just aim to curse me," he told Harian Metro.

"Worse still, there are those who came to see me face-to-face just to insult me," he added. 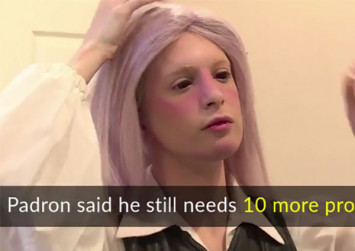 However, Amirul who now owns his own cosmetics company, said that he does not let all the hate get to him and continues to behave professionally in public.

Negative publicity is still publicity. Amirul thinks that the situation he is in will allow him to promote his business.

"Even though I went viral due to all the wrong reasons, it does not affect my rice bowl as I am still offered acting roles and product endorsements", he told Harian Metro.