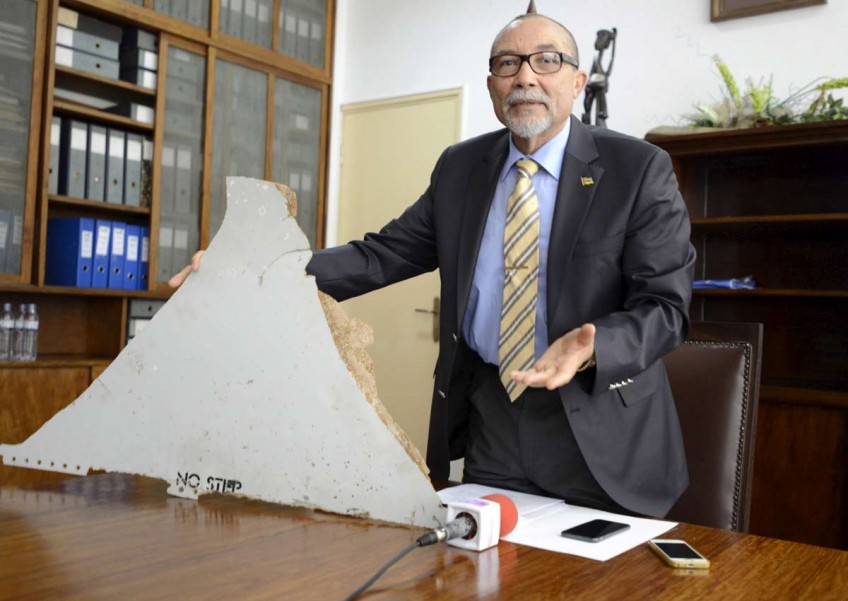 The head of Mozambique's Civil Aviation Institute, Comandante Joao Abreu, shows a piece of debris found on a beach that could be from a missing Malaysia Airlines flight MH370, in Maputo, March 3, 2016.
Reuters

BENTONG: The Australian Transport Safety Board (ATSB) report, which found that the two pieces of debris found in Mozambique were "almost certainly" from MH370, is in line with the government's announcement that the flight ended in the southern Indian Ocean.

Transport Minister Datuk Seri Liow Tiong Lai said the drift pattern prepared by experts had shown that debris from the aircraft could have reached Mozambique and South Africa.

"This is one of the analysis that can show that MH370 had indeed ended in the southern Indian Ocean.

"Whether it crashed suddenly, slowly or whether it exploded, much can be found out through the debris," he told a press conference after officiating the academic excellence awards at SMK Chemomoi here Thursday.

He added that Malaysia has received the co-operation of both the Mozambique and South Africa governments to continue the search for more debris.

"We will send our team there if more debris is found.

"Right now we will not be sending our team there yet as both countries had agreed to help us in the search.

"The two pieces of debris found in Mozambique have a high possibility that they are from MH370, based on the colour and fonts of the stencils.

"This is unlike the flaperon found in Reunion Island earlier, as the serial number matched that of flight MH370," said Liow, who also thanked Australia and the experts for analysing the two pieces of debris found.

Flight MH370 disappeared en route from Kuala Lumpur to Beijing on March 8, 2014, with 239 passengers and crew on board. Its journey is believed to have ended in the southern Indian Ocean.