Former Malaysian squash champion Choong Wai Li and her husband, Irish national Ronan Collins, were over the moon when their first child was born in Hong Kong seven years ago.

They had decided their son would take his mother’s nationality, and immediately began preparing for the application via the city’s consulate.

Little did they know, what they thought would be at worst a dreary, albeit relatively quick process, would morph into a years-long struggle striking at the heart of the country’s citizenship laws.

“I [delivered] those documents with the naive understanding that within a matter of weeks or months, they would grant [him] Malaysian citizenship and a passport,” Collins told This Week in Asia.

Today, the status of the application remains in limbo.

The reason? Malaysia only allows men to confer citizenship to children born abroad, by virtue of the fact that the constitution says that only a “father” can pass on his nationality. It is one of 25 countries with this law.

Last week, Choong was among a group of activists that won a landmark legal battle for Malaysian women to have the right to pass on their nationality to their children.

In a High Court lawsuit, the plaintiffs argued that the law contravened article eight of the Malaysian constitution, which bans gender discrimination.

On Sept 9, Judge Aktar Tahir ruled in their favour, saying the law had to be read alongside other parts of the constitution.

“The grievances of the plaintiffs are real … the discrimination is apparent,” he said.

The plaintiffs’ ordeal has yet to end, however. The government on Sept 14 filed an appeal to the verdict.

While some ministers lauded the court’s decision, critics say the government’s position is down to the stance on the matter taken by the influential Home Minister Hamzah Zainudin. Hamzah and the sitting attorney general Idrus Harun had initially sought to strike the lawsuit by Choong and others, saying it was frivolous.

The campaigners are now hoping that open public support for their cause across the political spectrum will compel new Prime Minister Ismail Sabri Yaakob to intervene in the matter.

Such a move could finally bring an end to the saga, because the prime minister, as head of government, can instruct the attorney general to withdraw his bid to appeal the case.

While the premier himself has yet to comment, his de facto law minister Wan Junaidi Tuanku Jaafar said he found Judge Aktar’s ruling “illuminating” in fleshing out the constitution’s requirement for laws to be non-discriminatory.

“Judges must be brave enough to introduce that sense and harmony,” the minister told This Week in Asia . “Any discriminatory provision ought to be interpreted harmonious with that fundamental principle and any inconsistency ought to be removed by harmonious interpretation.”

Others, such as Communications Minister Annuar Musa, and Women, Family and Community Development Minister Rina Harun have also sought to indicate their backing for the mothers.

The matter was reportedly meant to be addressed in a cabinet meeting on Friday, but officials have yet to announce whether a reversal of the appeal was on the cards.

Suri Kempe, from the Family Frontiers lobby group that’s part of the suit, said it was unfathomable that the government had appealed the court’s verdict, given how it was widely welcomed across the political spectrum when it was handed down last week.

“We – the mothers and Family Frontiers – just can’t understand why the government would appeal the decision, when it has clearly brought relief to thousands of Malaysian women,” Suri said.

The decision “finally gave them equal rights to confer citizenship to their children. Why appeal a good decision?”.

With the prime minister – who last month succeeded the deeply divisive Muhyiddin Yassin administration – pledging to govern based on a framework of “Keluarga Malaysia”, or the Malaysian Family, it was all the more pertinent that he prioritised this issue, Suri said.

Malaysians appear to agree, with a Change.org petition started by Family Frontier calling for the appeal to be rescinded garnering over 22,000 signatures as of Friday afternoon.

Also lending his voice to the campaigners was the influential hereditary ruler of the state of Johor. Sultan Ibrahim Ismail in a statement on Saturday called for the “sanctity of the court to be upheld”.

“This is a basic right of every child, irrespective of whether the Malaysian parent is the father or the mother,” said the sultan. He added: “It doesn’t feel right that Malaysian fathers and mothers are viewed differently in the eyes of the law concerning their child’s citizenship. Are Malaysian mothers less Malaysian than Malaysian fathers?” 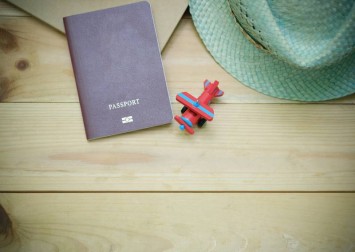 “This decision to appeal is indeed justice denied to women, and as a group focused on equality we will fight till it is corrected,” she said, adding that the WAO and others were working with Family Frontiers to address the matter.

Collins, who choked up while speaking about the issue via video link, said parents like him were hoping the new prime minister would do the right thing.

“It is time for the Malaysian government to wake up and realise that women and men should be treated equally under the eyes of the law. Ismail Sabri has got the ability, power and the public support to back this decision by the high court,” he said.

“He has the chance to put a mark in history. If he chooses not to, it is still going to stand without his support and he will be seen in history to have stood on the sidelines when he should have got involved.”