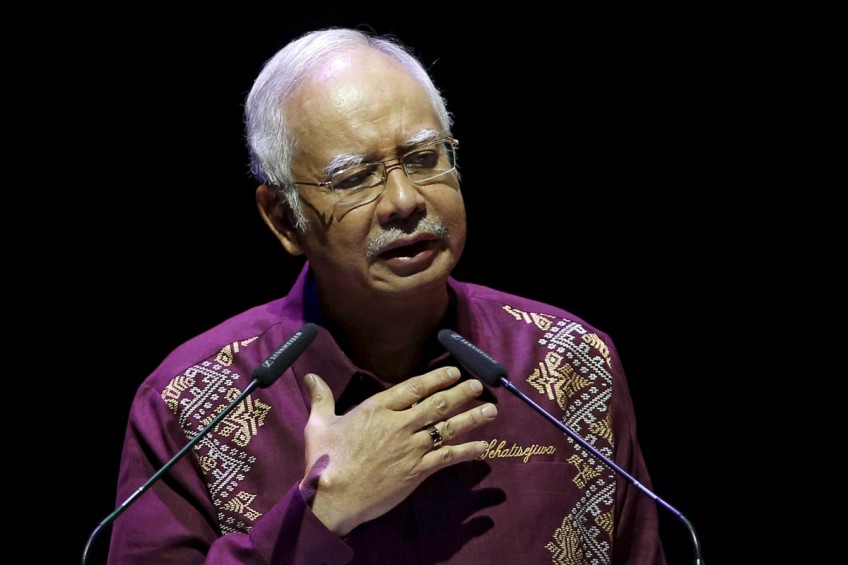 KUALA LUMPUR - A no-confidence motion planned by Malaysia's opposition alliance against embattled Prime Minister Najib Razak will not be heard by the current session of parliament, the speaker of the house said on Tuesday.

The fund, whose board of advisers is chaired by Najib, is being investigated in several countries.

However, the speaker of Malaysia's parliament, Pandikar Amin Mulia, said a motion had to be filed 14 days before a parliament session convened in order to be heard. This year's final session began on Monday and runs until Dec. 3.

"I want to remind Permatang Pauh, if she wants to go ahead with the motion, if it fulfils Standing Order 26 and 27, it will only be at the next sitting, not this sitting," he said, referring to Wan Azizah by the constituency she represents.

The procedural rules mentioned by the speaker govern how motions are presented to parliament.

Even if the motion is accepted by parliament, the opposition is unlikely to win the vote of no-confidence, since it is at least 25 seats short of a majority.

But the action adds to pressure on Najib, after a report in July said investigators were looking into 1MDB and had found close to US$700 million deposited in his personal bank account.

Reuters has not been able to verify the report.

Najib has denied taking any money for personal gain while the Southeast Asian nation's anti-graft body has said the funds were a political donation from the Middle East.

In July, Najib demonstrated a tight grip on power by reshuffling his cabinet and replacing the attorney general in charge of an investigation into 1MDB.

Cracks are emerging, however, as former prime minister Mahathir Mohamad steps up criticism of Najib while the opposition attempts to unseat him in parliament.