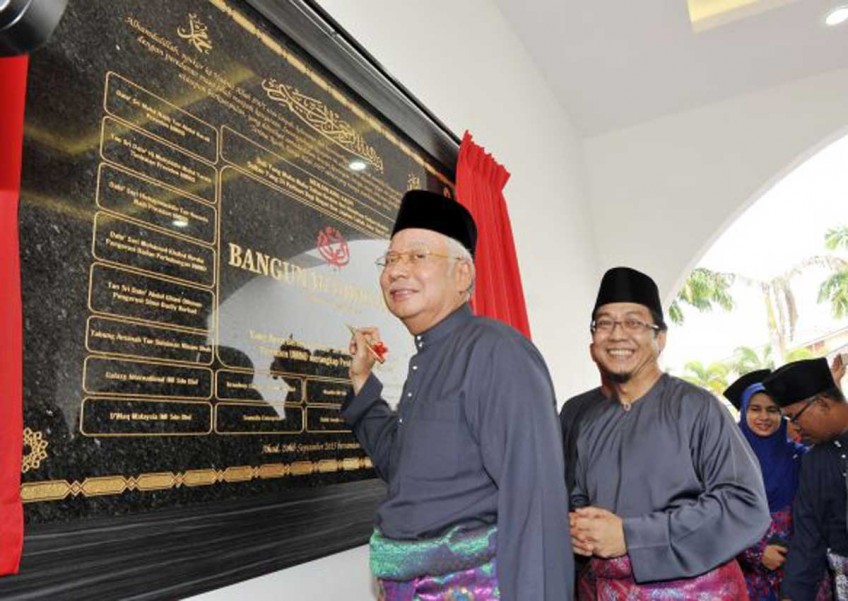 MUAR - Prime Minister Datuk Seri Najib Tun Razak has told his detractors to look at the mistakes they made in the past and "not only find fault in others."

In a reference to Tun Dr Mahathir Mohamad's participation at the Bersih 4 rally on Aug 29, Najib, who did not mention names, said street demonstrations were declared illegal during the former premier's time.

"Previously street demonstrations were illegal but now you made appearances there (Bersih 4)," Najib said at the launching of Muar Umno headquarters on Sunday.

Najib urged his detractors not to only look for faults in others, likening them as those who korek kapal (literally sinking a ship), as it would lead to everyone sinking with the ship.

"We should instead be a kapal korek (sand dredger) which is helpful in removing sand out of a river," he said referring to the allegations being levelled against him.

Najib reiterated that he understood the responsibilities of a leader and each prime minister or Umno president had strived to make the country better.

He said it was time that Umno leaders "stop playing politics among themselves" and have a fighting spirit to make the party strong.