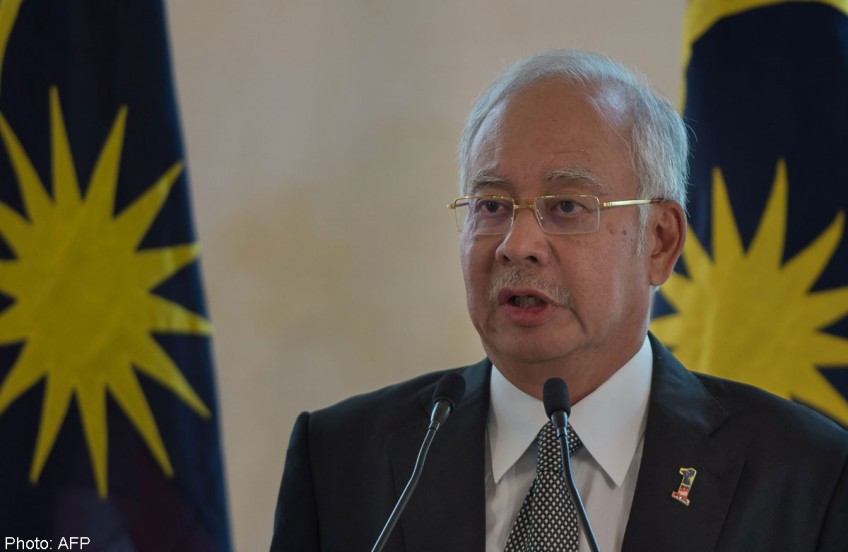 KUALA LUMPUR - Datuk Seri Najib Tun Razak has sought legal action against Harakahdaily managing director and editor-in-chief for a report on its portal about 1MDB and his stepson Riza Aziz.

He named the managing editor and writer Dr Rosli Yaakop and editor-in-chief Taufek Yahya in the suit, which was served to the Harakahdaily office yesterday.

As the plaintiff, Najib said the words in the write-up indicated that he had abused his power to obtain wealth from a questionable source and that he abused his power for his own personal interest and those of his family members. He said the article also meant that he had committed an offence involving bribery, had abused the 1MDB fund to profit for his own interest, was involved in money laundering and had benefited from property investments in the United States.

Taufek, he claimed, had failed to practise "responsible journalism" by not confirming with him and other parties in the know before publishing the allegations. The article, he added, was baseless and with bad intention (mala fide) against him.

Najib is seeking general, special and aggravated damages and an injunction order to prevent the defendants, their assistants or their agents from further discussing or publishing the defamatory article either orally, in print or on the Internet. He is also seeking a written apology to be published in newspapers or magazines, costs and other order deemed appropriate by the court.