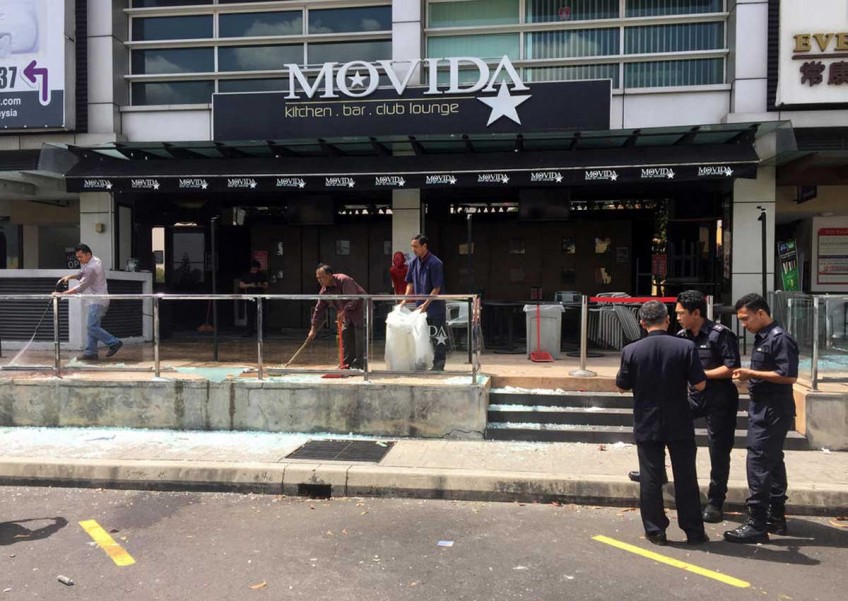 KUALA LUMPUR - Police has confirmed that the Movida night club bombing last week was the first ever successful IS attack on Malaysian soil.

"The two of those arrested had received instructions from Muhammad Wanndy, who had commanded them to carry out attacks in Malaysia, on our government leaders, top police officials and judges. These three groups are considered as threatening to IS activities," Khalid said at a news conference.

Police are hunting for two more people believed to have been directly involved in the nightclub attack, Khalid added.

"Since the attack on June 28 to July 1, we have arrested 15 people including the two men who threw the hand grenade," he said.

It was confirmed that two of the 15 were also policemen.

Khalid said those detained during the crackdown had all received instructions to carry out attacks on top officials "and also entertainment centres, which they consider un-Islamic".

Police had on June 28 ruled out terrorism as a motive for the pre-dawn attack, which took place as customers were watching a live screening of the Euro football tournament.

Investigators initially said that a business rivalry, or a targeted attack on someone in the bar, were the more likely motives, but were forced to reassess their position a day later after an IS claim of responsibility was posted on Facebook.