Septuagenarian Chan Mee Fah, 78, has an inexplicable bond with helpless canines and felines. Her late mother, a coffeeshop owner, was compassionate towards stray dogs and cats. She would take them home, feed them and give them shelter.

Growing up, Chan too developed a soft spot for strays and abandoned animals.

Chan was born in Singapore and grew up Penang. She moved to Kuala Lumpur in 1963. The eldest child, Chan has five brothers but they do not really share her interest in caring for animals.

A former Radio Televisyen Malaysia (RTM) reporter, Chan was 24 when she housed up to 10 rescued dogs at her bungalow in Jalan Ampang, Selangor. She was fostering the dogs that her mother had rescued. Her mother could only keep three rescued dogs at her home in Jinjang, Kuala Lumpur, due to space constraints. Adult dogs eat once a day while puppies are fed twice a day at Mee Fah’s animal shelter in Semenyih, Selangor. Photo: The Star/Asia News Network

In those days, Chan used to visit the nearby Society for the Prevention of Cruelty to Animals (SPCA) Selangor. Back then, she was moved by compassion to adopt canines which would otherwise be put to sleep.

Fortunately, her husband, a botanist and a great animal lover, had no objection and was supportive of her work.

In the old days, there were only two houses but over the years when a housing estate came up, she ran into problems with the neighbours because of her dogs.

Chan had to move house thrice with her growing brood of rescued canines and felines. Her current animal shelter in Semenyih, Selangor, was constructed three years ago at a cost of RM2mil (S$658,040). It is located on 0.8ha of leased land which was formerly rubber estate land. This charity and no-cruelty shelter is home to 1,300 dogs, 60 cats, 40 tortoises and a one-armed monkey. Only some dogs are allowed to roam freely; the majority are kept in partitioned quarters or in cages if under medication. Adult dogs are fed once a day in the morning while puppies get two meals.

The injured monkey whose arm was later amputated was saved from a veterinary clinic. Chan said: "It was badly hurt after a fight with other monkeys kept by the owner. However, the owner did not come back for the monkey after sending it to the clinic for treatment. So we adopted it." 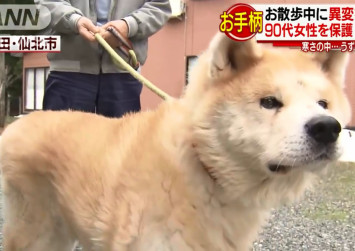 Chan hires 17 workers at the shelter. There is also a former pet shop owner who drives the animals to the veterinarian in Puchong whenever they are sick.

She runs the shelter from funds left by her late husband who passed away seven years ago. As the shelter is not registered as a non-profit organisation, she does not collect cash from well-wishers. However, she welcomes donations in kind, such as rice, dog food and dog shampoo.

She reckons her funds to run the animal shelter would last for another two years. Hopefully, by then, her shelter would be registered as an NGO so that she can get funds from the public to help support her cause.

Occasionally, members of a Buddhist group would contribute donations in kind.

Recently, some 10 members of Flourishing Buddhists Centre (FMC) of Sri Damansara, Kuala Lumpur, visited the shelter. They also performed chanting sessions for the animals as a blessing in the hope that they would be reborn in a better realm.

Businesswoman Melissa Liow, 59, who organised the visit, said that RM4,898 was collected from 68 donors. FMC used the funds raised to buy rice and other necessities for the shelter.

Chan, who has no children, lives in a container at the shelter. Besides being close to her furry friends, she said she can also oversee the health and safety of the animals and workers.

Her daily routine revolves around the dogs, and her workers would report to her if any dogs are unwell. This doggie is looking for some love and gets its wish fulfilled by this visitor. Photo: The Star/Asia News Network

​​​​​​​During our visit, a worker alerted her to a dog which appeared unwell and was drooling. Arrangements were made to quickly send it to the veterinary clinic in Puchong. Later, it was confirmed that the had heatstroke and had to be boarded at the clinic until it was well.

Sometimes, Chan would tag along with her workers for street feeding of stray dogs and cats.

Although 60-odd free-roaming dogs live with her in the container, Chan is not at all worried about the fur problem. "My doctor has given me a clean bill of health!" she said, laughingly.

She does not play favourites with the animals in her shelter. “I bond with my dogs and find them to be very loving. Caring for them is like caring for one’s children. It is an intense commitment,” Chan said. Photo: The Star/Asia News Network

​​​​​​​Chan mused that in the past, there were two dogs who were overly protective of her and even showered her with affection while ignoring other people.

Although most of the dogs at the shelter were rescued, some were dumped in front of her former shelters. These unwanted canines were not all mongrels; three were Miniature Pinschers!

"Once, someone put a cage of 12 dogs at our shelter's front gate. Another time, a sick dog was tied outside the gate," she said, adding, "Please don't dump the animals."

With her advanced age, Chan is only in a wheelchair to facilitate her mobility.

"I'm afraid that if I move around a lot, I may fall," she said, adding that she has a nurse to help her.

As this shelter is located in a secluded location, Chan does not get many visitors, perhaps once in every three months.

People wonder why she takes the trouble to run a shelter when she could have a relaxing life.

But her efforts are noble, and a true heroine she is - to animals.

Saving and caring for animals, she said, is "rewarding and meaningful. It's about living life with a purpose."